Bit of chatter online from Perth people saying they’re ready to go back to using taxis after the service from some rideshare drivers has become increasingly poor.

Early on Monday, Redditor u/RedDirtNurse posted screenshots of a ride they say was pre-booked for $53 which ended up being a ‘book now’ job in the morning of more than $100.

‘I’m done with rideshare services. What a f–king scam,’ they titled the post: 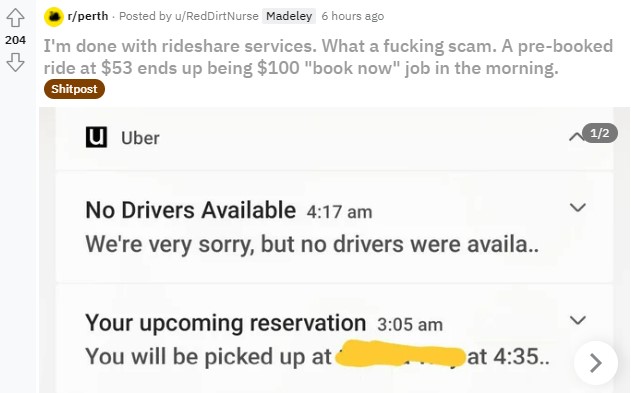 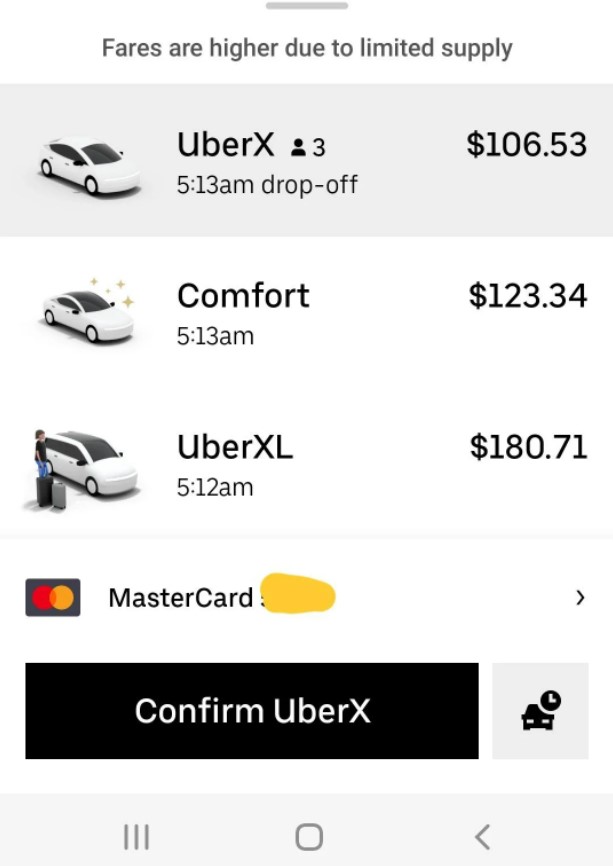 This situation isn’t dissimilar to another weird fare hustle that users may have noticed involving a sort-of game of cancellation chicken, such as:

In both instances, the driver can collect a cancellation fee without driving anywhere.

While it’s absolutely not all of them, you might know it’s happening to you when you order a rideshare and the driver accepts the job and… the little car icon doesn’t move. Attempts to contact the driver usually fail despite messages being left on ‘read’. In short, they want you to cancel.

Rideshare users can cop a cancellation fee, but refunds are usually immediate if disputed.

Back to Reddit, it’s shenanigans like these (and the dreaded price surge) that are turning those who need a ride back to taxis, particularly when it comes to bookings. Basically, don’t offer the service if you can’t honour it.

“I’ve been burnt twice by Uber by airport runs. Never again. Normal taxi all the way… Don’t give a FK anymore that I’m riding in a ford falcon station wagon,” added one.

“It’s worth paying the extra when you know the cab has a really good chance of turning up,” was another.

“Not mention my giant suitcase actually has a chance of fitting in a taxi.”

Quarantine Scrapped For Visitors To Bali

This Website Has Every Single Country's Restriction Status, Updated In Real Time