Officials with the Arizona Game & Fish Department used leftover breakfast scraps to help return a beloved pig to its owners.

Wildlife managers were patrolling the perimeter of the fire when firefighters told them that a dehydrated potbellied pig was wandering in the area.

The department said that the wildfire had been moving so quickly that many families were forced to quickly escape and leave gates open for large pets and livestock to fend for themselves.

Wildlife managers Kalyn Miller and Tim Holt used leftover hash browns, a waffle, and a banana to coax the pig to come close enough to be caught. 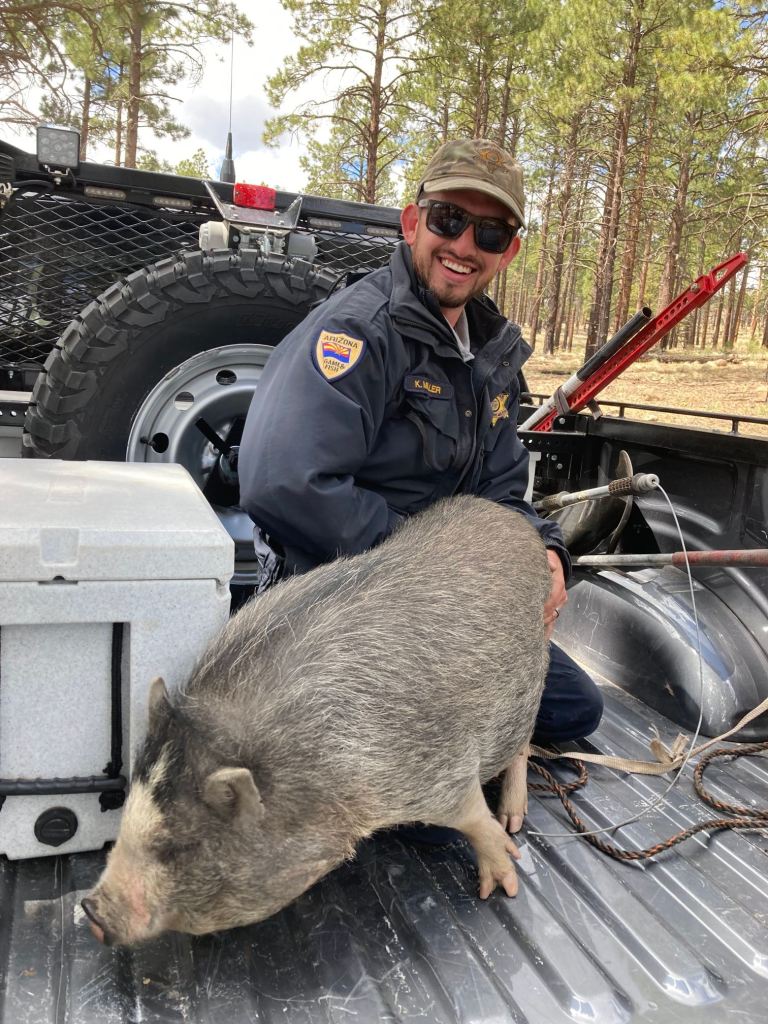 “Some further wrangling, kicking, and high-pitched squealing ensued before Kayln sacrificed the sleeve of his jacket as it was the perfect fit over the animal’s cone shaped face,” the post read.

“Once subdued with the face mask, Ms. Piggy took a few more snaps at our officers and eventually calmed down enough to transport to the Northern Arizona Animal Search and Rescue who had already located the owners and a happy reunion was made. 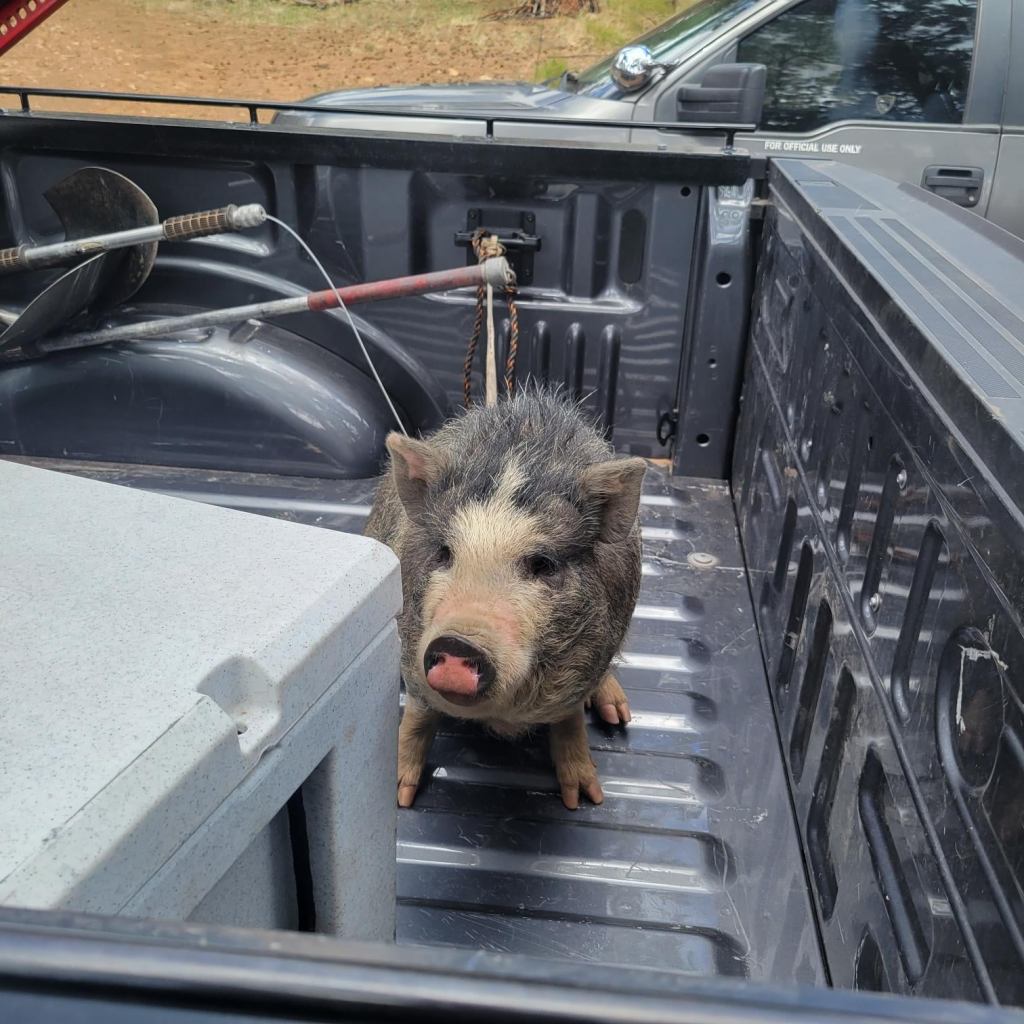 “Sadly, this family lost their home to the fire, but we hope the return of their beloved pet brought some joy during this incredibly tough time!”