The German government is setting in motion plans to legalise the sale of cannabis for recreational purposes, aiming to have legislation ready later this year.

The Health Ministry said on Monday it will start holding expert hearings on various aspects of the issue on Tuesday.

It said that more than 200 representatives from the medical, legal and other fields will take part, along with officials from various levels of government and unidentified international experts. 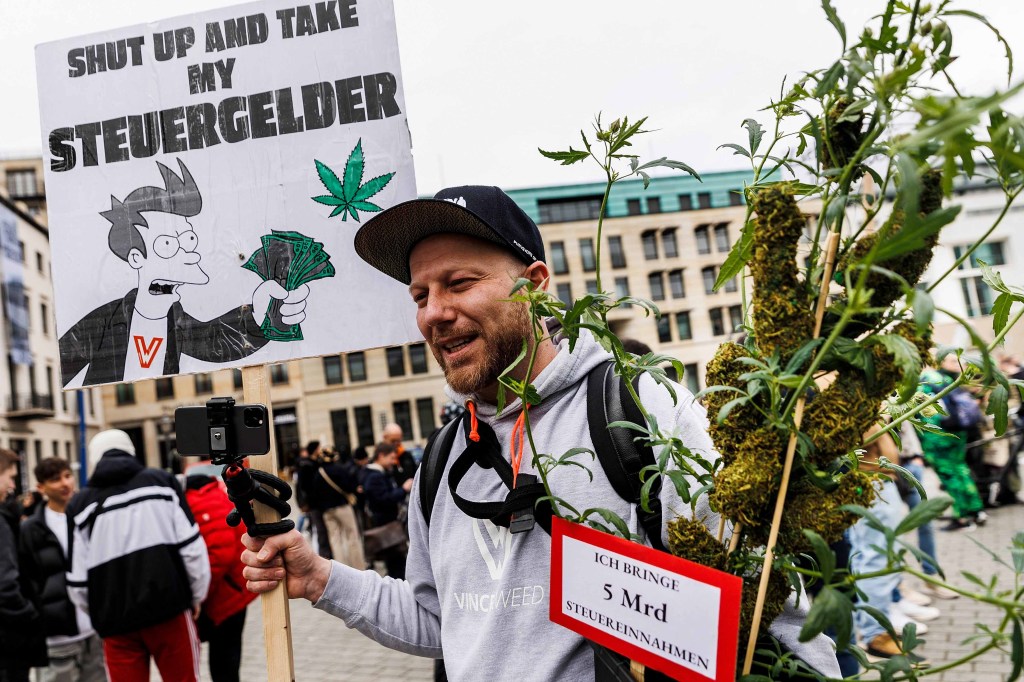 20 April 2022, Berlin: A participant displays a sign reading ‘Shut up and take my tax money’ and a hemp plant during the demonstration for the legalisation of cannabis.

The pledge to legalise controlled sales of cannabis to adults in licensed shops is one of a series of reforms outlined in last year’s coalition deal between the three socially liberal parties that make up Chancellor Olaf Scholz’s government.

They said the plan would ensure quality control while also protecting young people, and agreed that the “social effects” of the new legislation would be examined after four years.

Scholz’s coalition took office in December. In early May, Health Minister Karl Lauterbach said that he planned to draw up draft legislation in the year’s second half following the hearings with experts.

The five hearings, which will be held through the end of this month, will address what measures are needed to ensure the best protection for young people and of health and consumers, government drug czar Burkhard Blienert said.

“Like many others, I have worked for years toward us in Germany finally ending the criminalisation of cannabis consumers and beginning a modern and health-oriented cannabis policy,” he said in a statement.