West Aussie Min Woo Lee has pulled off a record-setting Masters debut at the Augusta National in the US over the weekend.

Lee briefly stormed to outright fourth on the leaderboard after equalling the lowest-ever front nine with a staggering six-under-par 30 on the sport’s most famous course. 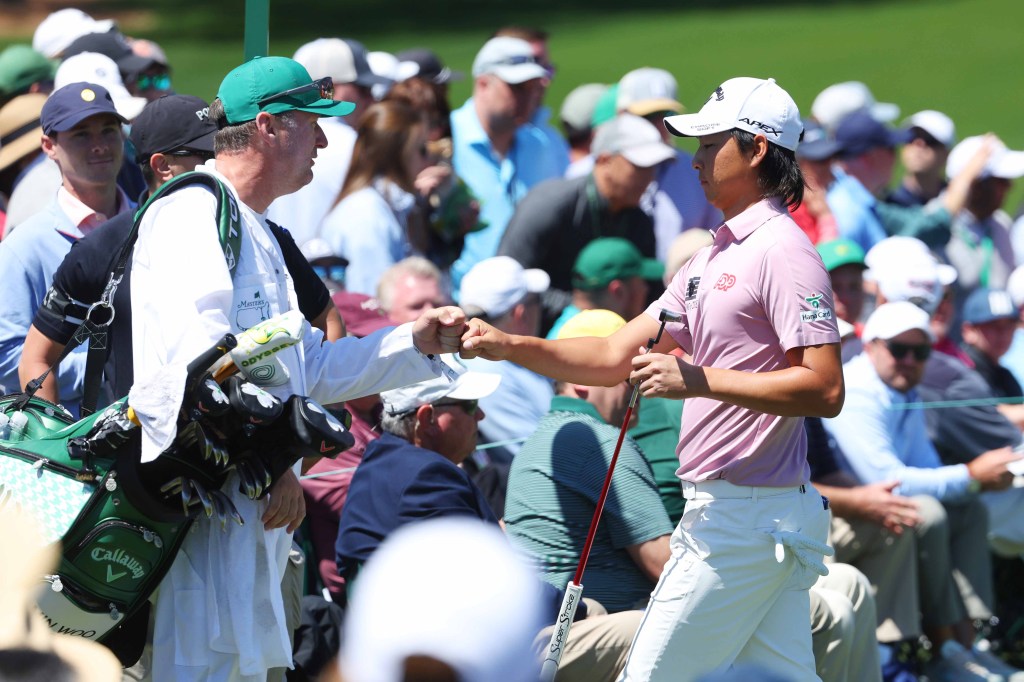 Min Woo Lee of WA and caddie Sean McDonagh fist bump after making eagle on the second green during the final round of the Masters.

He eagled the par-5 second hole, then reeled off four straight birdies to surge to two under and within seven shots of third-round leader, world No.1 and eventual winner Scottie Scheffler.

“He’s only 23 and his first-ever Masters and he goes and sets the record for the equal lowest-ever front nine,” Ryan Daniels told Clairsy & Lisa on Monday.

Min Woo Lee shoots a 30 on his first nine to leap into a tie for fourth place. #themasters pic.twitter.com/OW1c7m9ZgU

Rhino then revealed how and why this young man was about to pull off such a record score.

Some tests should not be seen or heard about.

Ahead Of The School Holidays, We Check Out 'The Bad Guys'