The club’s struggles continued on Friday night when they copped a 109-point flogging at the hands of a ruthless Richmond outfit.

It left West Coast at the bottom of the ladder with a 1-6 record and a percentage of 55.3. 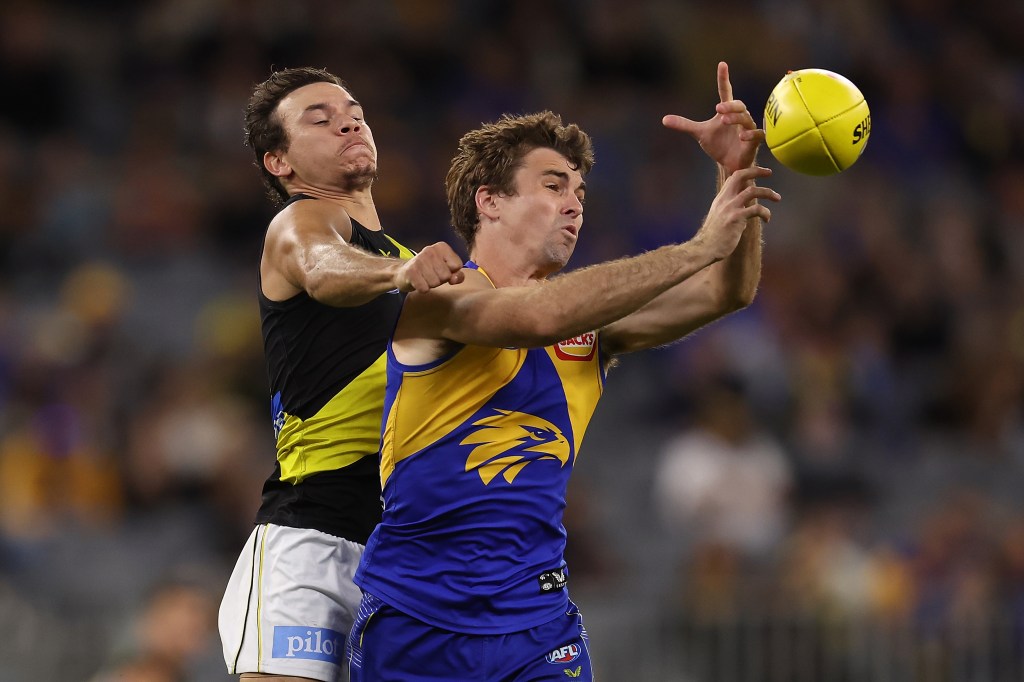 The Eagles have been ravaged by COVID-19 and injuries this season.

But their ageing list profile and woeful on-field performances means a complete rebuild is now inevitable.

“You gotta show the faith,” Ryan reminded fans on Monday morning during his chat with Clairsy & Lisa.

“The good times and the bad, that’s how it works.”

Lisa agreed, chiming in that if fans needed some advice, was to ask Clairsy.

“I have purple blood, I’ve been Dockering a long time,” he confirmed.

“Is he safe?” Lisa asked Rhino, who squashed the idea entirely.

Hit PLAY to listen as to why…

Meanwhile, West Coast have refused to use the world rebuild, instead you’ll be hearing more about ‘synergy’ and ‘transition’ in the coming weeks.

Simpson acknowledged there will be pain ahead, but he had baulked when asked whether that could turn into several years.

“Several years? I hope not,” Simpson said soon after the match.

“No-one wants to be in the situation that we’re in right now, but we are.

“The quicker we can accept what’s happening and be aware of it and action it, the better we’ll get.

“Regardless of what’s happened we are in a period of transition, no doubt.

“This is how you learn to be resilient. We need to stick together. Obviously there’s going to be some criticism and we deserve it. We need to keep ourselves tight.”

Thousands of fans streamed out of Optus Stadium on Friday night during the second half as the margin ballooned towards triple figures.

“We’re clearly not at the level at the moment,” conceded Simpson.

“There’s so many areas to fix. It’s going to take time.

“It’s not going to happen in one week, it’s going to be a lot of work in front of us.

“That’s with everything we do, our program, our fitness, our style of play, our ball movement.

“We’re on a path. There’s going to be a little bit of pain.

Star forward Willie Rioli was subbed out at halftime against Richmond with a corked hamstring, and Simpson is hopeful it’s not more serious.

Defender Tom Barrass, who was a late withdrawal with a tight hamstring, is a chance to return against the Lions at the Gabba.

Midfield bull Elliot Yeo is no guarantee to return from a heavy concussion.

I know what a key is!

We interrupt this programme...

Catch Him While You Can: Western Force's Kyle Godwin Headed To France

Downton Abbey Gets Back To The Classic ‘Upstairs, Downstairs’ Storylines In Movie Sequel