Bryan Cranston and Aaron Paul have been immortalised… as two bronze statues dedicated to their Breaking Bad characters in Albuquerque, New Mexico.

Unveiled over the weekend were two larger-than-life statues of Walter White and Jesse Pinkman.

While it’s a very touching gesture from the city to a show that has no doubt had a huge impact on their tourism… it’s still hilarious. 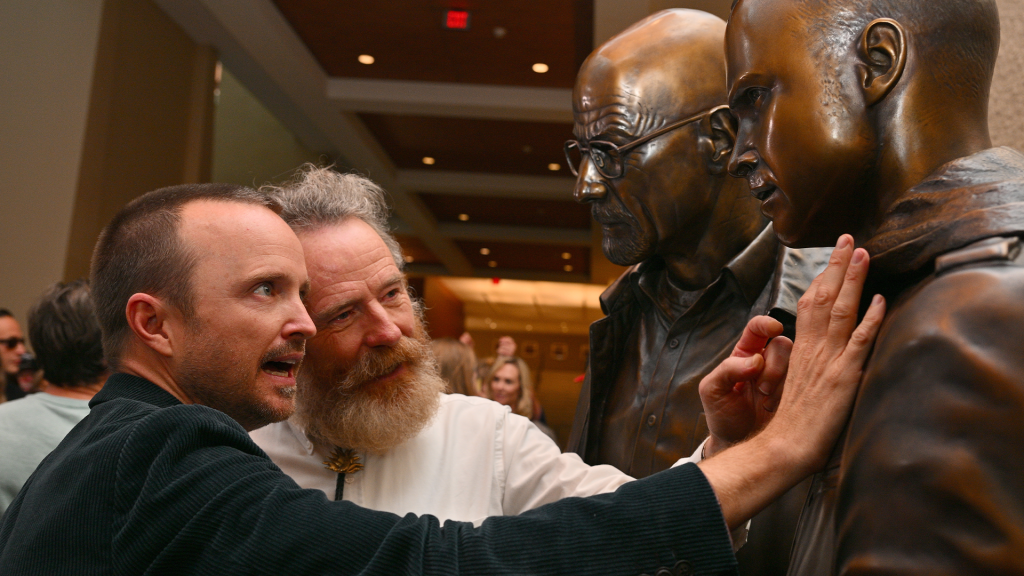 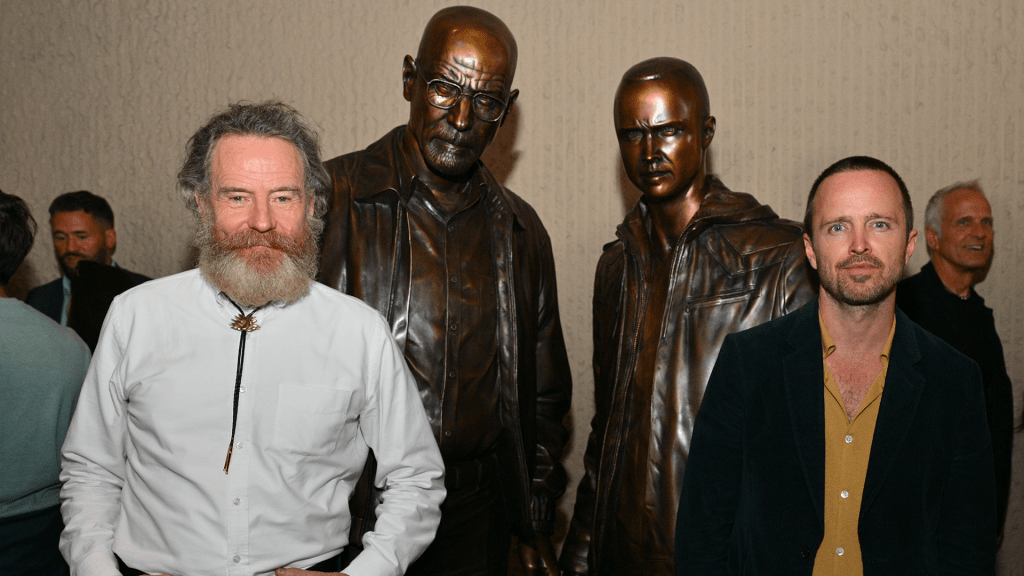 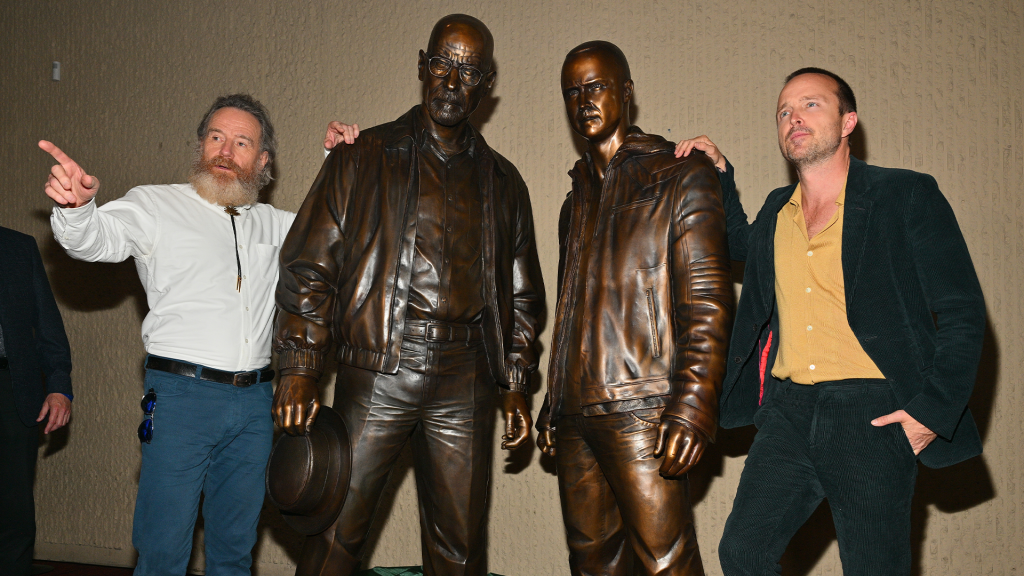