US BBQ maker Weber has offered its ‘deepest apologies’ to customers after sending a recipe-of-the-week email for barbecue meatloaf on the same day as US rocker Meat Loaf‘s death.

The company said it was ‘unaware’ of the news when the recipe was sent out.

A post on Meat Loaf‘s Facebook page announced he had died aged 74, with his family and friends at his side.

‘At the time we shared this recipe with you, we were not aware of the unfortunate passing of American singer and actor Mr Marvin Lee Aday, also known as Meat Loaf,’ Weber said.

‘We want to express our deepest apologies for this oversight and for any offense this email may have caused.’

The company offered its condolences to Aday’s family and fans, signing off as ‘The Weber Family’. 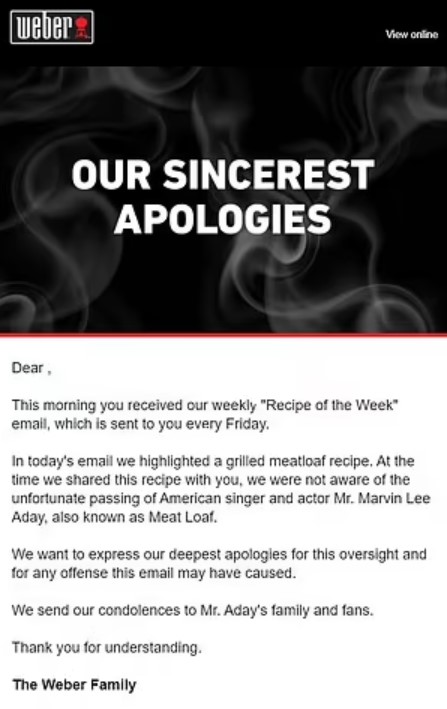