Will Smith could be suspended or even expelled from the Academy of Motion Picture Arts and Sciences after it initiated disciplinary proceedings against him for slapping presenter Chris Rock at Sunday’s Oscars ceremony.

It came as Rock performed stand-up comedy for the first time since the incident, telling a Boston audience he was still processing what happened but he would talk about it “at some point”. 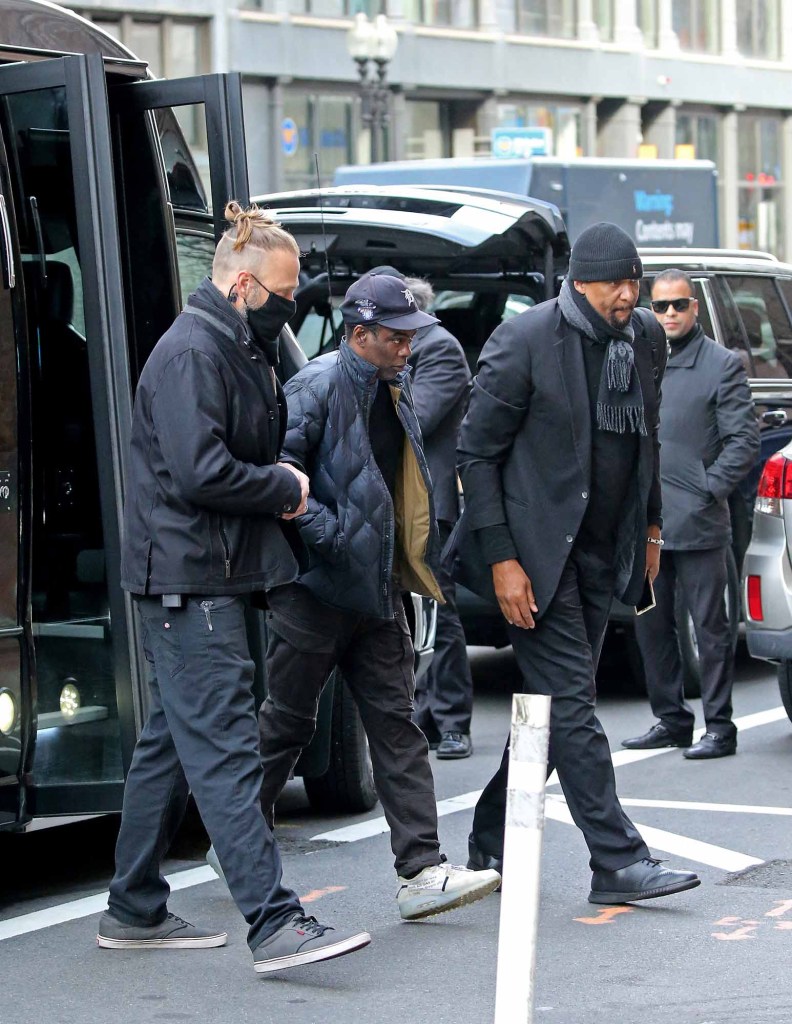 Comedian Chris Rock arrives at the Wilbur theatre in Boston on March 30.

The academy’s board of governors met on Wednesday to begin action against Smith for violating the organisation’s standards of conduct.

Discipline for Smith could include suspension, expulsion or other sanctions, the academy said.

Smith remained seated in the front row after the incident, and the academy suggested it attempted to remove the actor from the audience.

“Things unfolded in a way we could not have anticipated,” the academy said.

“While we would like to clarify that Mr Smith was asked to leave the ceremony and refused, we also recognise we could have handled the situation differently.”

After Smith struck Rock in response to a joke about his wife, Jada Pinkett Smith, several stars including Denzel Washington, Bradley Cooper and Tyler Perry spoke with the 53-year-old Smith.

Within an hour, Smith won best actor for King Richard, receiving a standing ovation. During his acceptance speech, Smith talked about defending his family and apologised to the academy.

The academy said Smith had the opportunity to defend himself in a written response before the board met again on April 18.

“Mr Smith’s actions at the 94th Oscars were a deeply shocking, traumatic event to witness in person and on television,” the academy said.

“Mr Rock, we apologise to you for what you experienced on our stage and thank you for your resilience in that moment. We also apologise to our nominees, guests and viewers for what transpired during what should have been a celebratory event.”

A representative for Smith didn’t immediately respond to messages.

Smith on Monday apologised to Rock, the academy and to viewers, saying: “I was out of line and I was wrong.”

Addressing audiences at the top of his show in Boston on Wednesday night, Rock said: “How was your weekend?”

He was greeted by thunderous applause and he told the audience “I’m still kind of processing what happened”, according to audio posted by Variety.

He also tamped down audience expectations that he would talk at length about the slap: “I don’t have a bunch of s*** about what happened, so if you came to hear that, I have a whole show I wrote before this weekend.

“So, at some point I’ll talk about that s***. And it will be serious and funny.”

“We love you,” someone shouted at one point, eliciting cheers.

Only a small number of academy members have been expelled, including Harvey Weinstein, Roman Polanski and Bill Cosby.