The guitar Kurt Cobain used in Nirvana’s ‘Smells Like Teen Spirit’ video has sold at auction at the weekend. 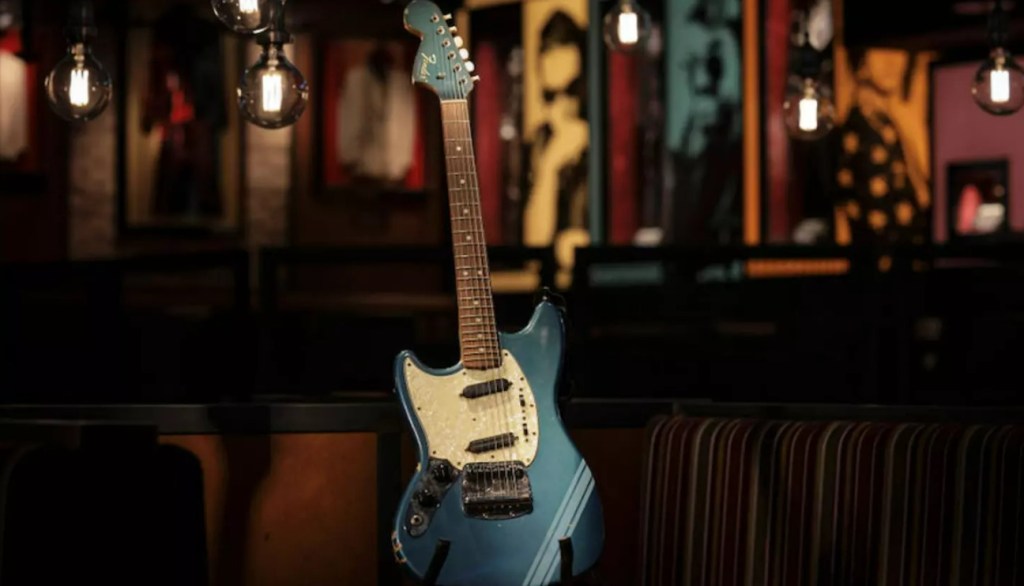 Here’s what Clairsy & Lisa had to say about the sale:

It was sold to the revered Jim Irsay Collection of Indianapolis.

“I am thrilled to preserve and protect another piece of American culture that changed the way we looked at [the] world,” said Irsay, who also owns NFL team, the Indiana Colts.

“The fact that a portion of the proceeds will go toward our effort to kick the stigma surrounding mental health makes this acquisition even more special to me.”

Darren Julien, president and chief executive officer of Julien’s Auctions described the guitar as “culturally significant” and to sell it on to Irsay’s collection was a personal highlight of his career.

“To have this legendary guitar, one of the most culturally significant and historically important guitars of Kurt Cobain and in all of rock music history return to my home state of Indiana to be part of Jim Irsay’s renowned memorabilia collection is a great honour and personal highlight of my life,” he said.

“This once-in-a-lifetime auction has been one of the greatest privileges in my professional career and I’m duly pleased that the proceeds will also bring much needed attention to mental health awareness.”

In his final Guitar World interview, Cobain expressed his love for that particular guitar.

“But out of all the guitars in the whole world, the Fender Mustang is my favourite. I’ve only owned two of them.”

Surprisingly, this isn’t the most expensive guitar of Cobain’s.

The Martin D-28E he played during Nirvana’s MTV Unplugged set sold for more than $US6 million, which is the record for most expensive guitar ever sold at auction.

I'm Sorry, The Price Of Beer At The PGA Championships Is HOW Much?

That's one game Lisa has never been good at...