The Foo Fighters have recruited some of Taylor Hawkins’ favourite musicians for their upcoming shows celebrating his life and music.

The band confirmed that they will be joined by Rush co-founders Geddy Lee and Alex Lifeson and Queen co-founders Brian May and Roger Taylor at their upcoming concert at London’s Wembley Stadium. 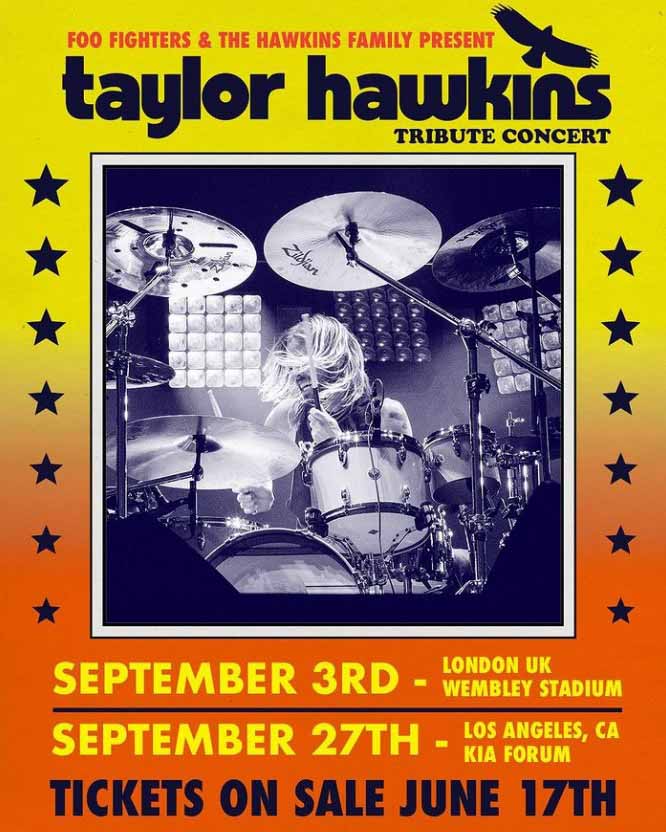 Queen and Rush are two of Hawkins’ all-time favourite bands. The drummer famously sang lead on the Foos’ version of Queen’s ‘Somebody to Love’ in concert and, in 2013, Hawkins and Foos frontman Dave Grohl inducted Rush into the Rock and Roll Hall of Fame.

Some have speculated about Alanis Morrisette’s involvement, considering Hawkins got his big break after joining her band in 1995 just as her smash hit single ‘You Oughta Know’ came out.

Was she left off the bill?

Which name do you have trouble spelling?

You might say the whole encounter left Clairsy with a sour taste.