Kirk Hammett has opened up about why Nirvana turned down a chance to tour with Metallica and Guns N’ Roses in 1992.

During a chat with NME, the Metallica guitarist recalled talking to Kurt Cobain about the opportunity, and why he firmly rejected the offer.

“I had to make the phone call to Kurt to talk to him about the possibility of joining our tour,” Hammett remembered, “and he just went on and on about how he just didn’t like what Guns N’ Roses stood for and I said to him: ‘Just go out there and represent Nirvana – just play the show and then that’s it.’”

“I pleaded with him, but he just wasn’t having it,” he added. “So there you have it. It would have been great if Nirvana was part of that tour – but you know Faith No More were great as well.”

He also reminisced about inviting Cobain to a Metallica show. “He said to me: ‘Are you guys going to play Whiplash? That’s my favourite Metallica song!’” Hammett recalled. 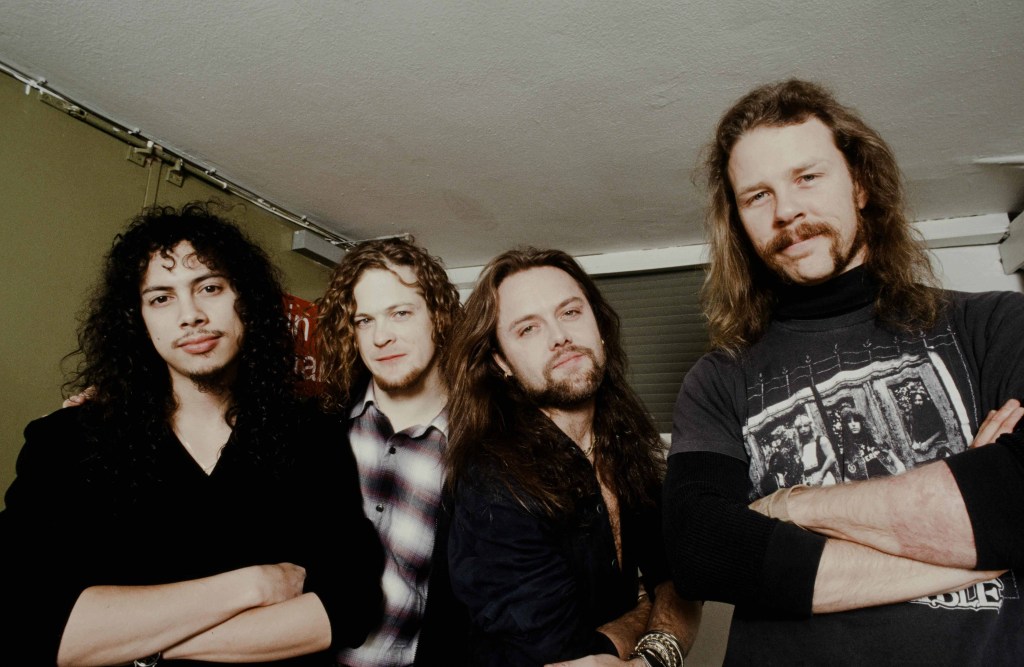 While Nirvana skipped out on the tour, Faith No More, who eventually claimed the opening slot, had their own issues with Guns N’ Roses, to the point where Mike Patton (revealing in a 2021 interview) urinated on the Gunner’s teleprompter in retaliation of their treatment of his band.

The Nirvana and Guns N’ Roses beef would come to a head at the MTV Video Music Awards in 1992.

According to Krist Novoselic, when Axl Rose crossed paths with Courtney Love she sarcastically taunted him while carrying her daughter, “Axl, Axl, do you wanna be the godfather to our child?” which prompted a confrontation with Cobain where Rose is alleged to have told the Nirvana singer to keep his woman in line. You can read the exchange here. 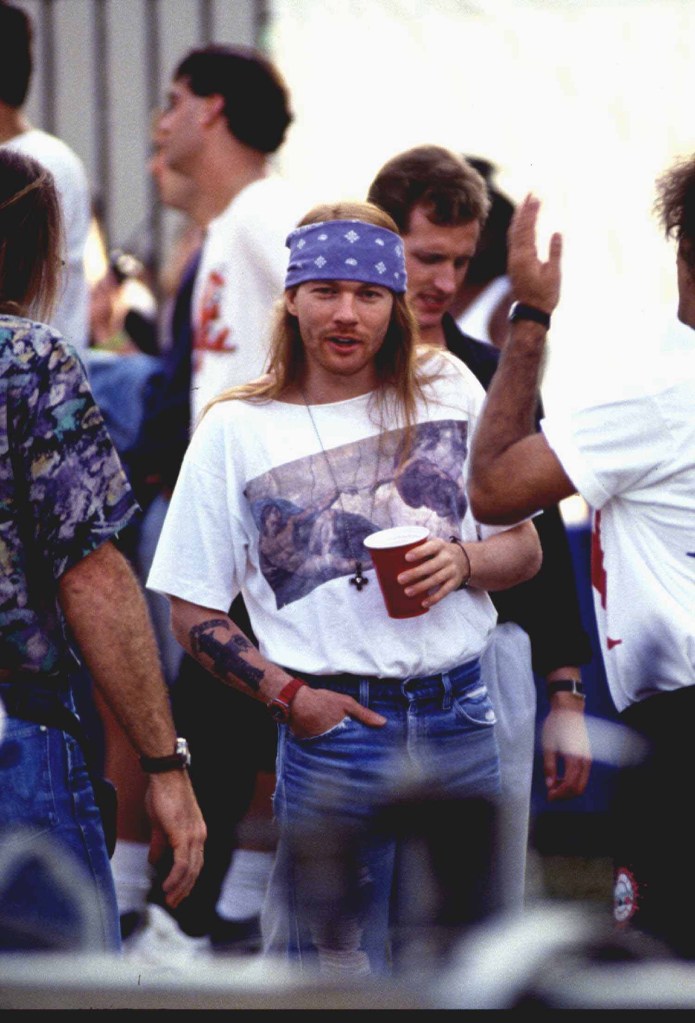 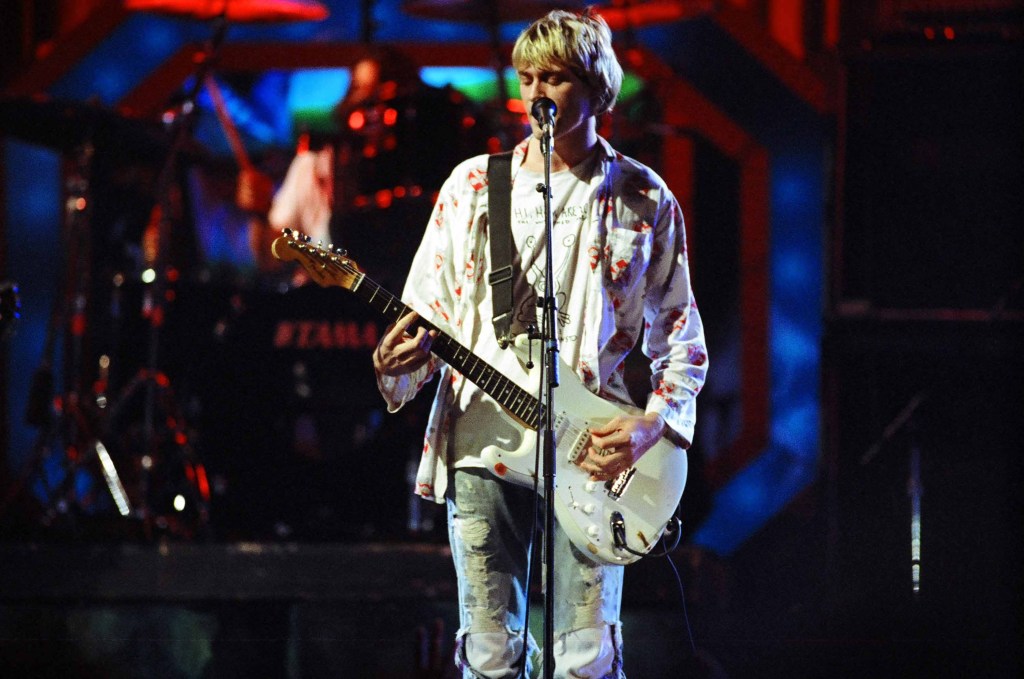 Grohl and Rose are now on good terms, with the Foo Fighters frontman loaning Rose his guitar throne after Rose broke his foot at the start of GN’R’s “Not in This Lifetime” tour.

Grohl later revealed that Rose had Slash pick out a guitar for Grohl as a form of thanks.

“He picked me an early-’60s Gibson ES 335 Dot, which to this day is the nicest fucking guitar I have ever played in my life,” said Grohl. “It was an incredibly kind and classy gesture, and I was very appreciative.”

Back to the interview with NME, Hammett also reflected on his friendship with Cobain… and the tragedy that came.

“I became friends with him right when the first Nirvana album (1989’s Bleach) came out before people were even calling it grunge, and it’s so sad when I think back to all the guy wanted to do was play guitar and write songs and sing and somehow that all got destroyed for him.” 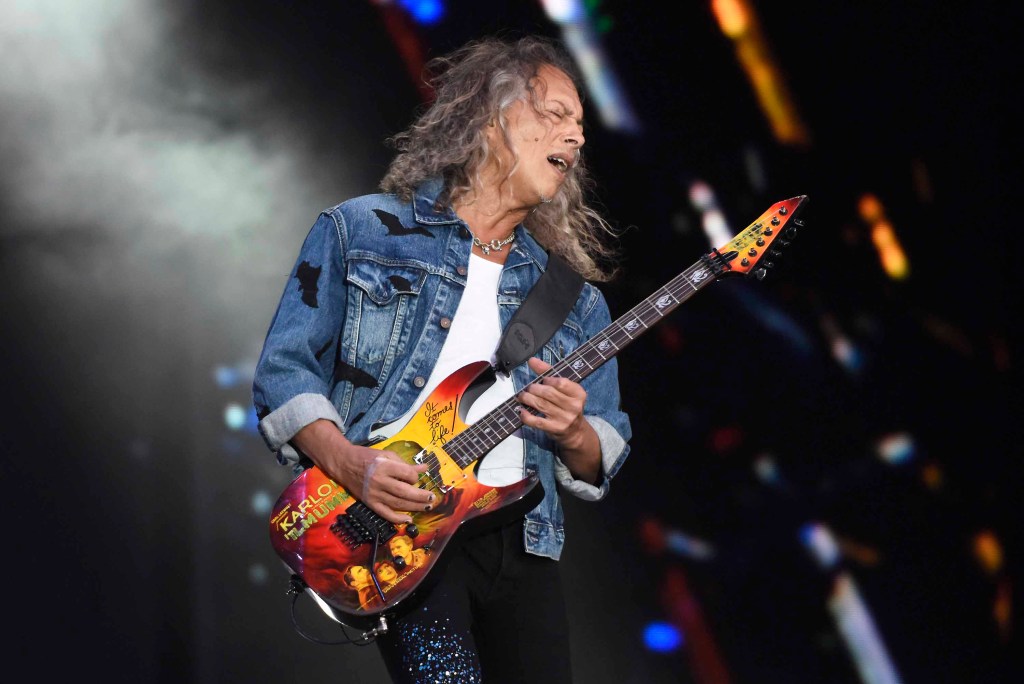 Kirk Hammett of Metallica performs during the BotteRock gig in California in 2022.

Julee Cruise, Best Known For The Theme Song Of 'Twin Peaks', Dies At 65

The Killers' Brandon Flowers Stops Show To Make Sure Crowdsurfer, 67, Is OK