For 18 years, Paul Rudd and Conan O’Brian have had one of the longest-running gags they prank each other with, always involving a clip from the 1988 movie, Mac and Me.

If you don’t remember the terrible film, it’s about a young boy in a wheelchair who forms a touching friendship with an alien that is absolutely, definitely not a rip off of E.T. 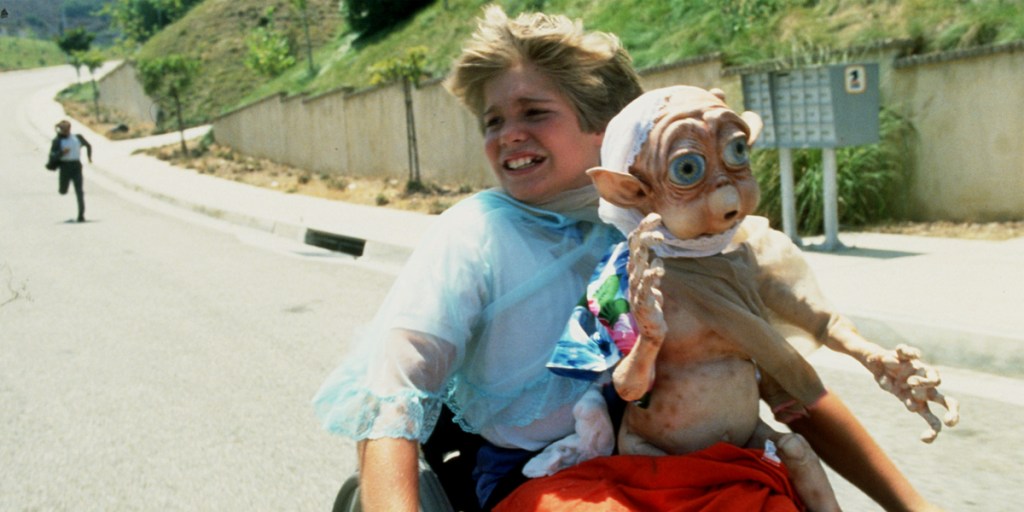 Since 2004, Rudd’s been sneaking this one cheesy clip from Mac and Me to O’Brien’s various shows, essentially ‘Rickrolling’ him.

During an appearance on the ‘Conan O’Brien Needs a Friend’ podcast, Rudd was able to continue the prank by promoting his own podcast for Audible that he’s developed with a cast of famous friends.

After pitching the podcast series, Rudd offers a clip of the project after claiming that the episodes have already been recorded.

“Oh for Christ’s sake! Why? Why!” Conan shrieks.

“You can’t do this on a podcast! That’s why I didn’t see it coming! It’s a visual joke!”

“Was there any truth to anything you said in the set-up?” Conan laughed to which Paul replied, “No. None of that was true.”