The Trooping of the Colour parade officially kicked off the highly-anticipated Platinum Jubilee celebrations on Thursday morning.

While the festivities are to celebrate Queen Elizabeth II’s record-breaking run on the throne, the star of the show was Kate Middleton and Prince William’s son Prince Louis.

The four-year-old made an adorable entrance at the parade by wearing his father’s 37-year-old sailor suit from the same event back in 1985. 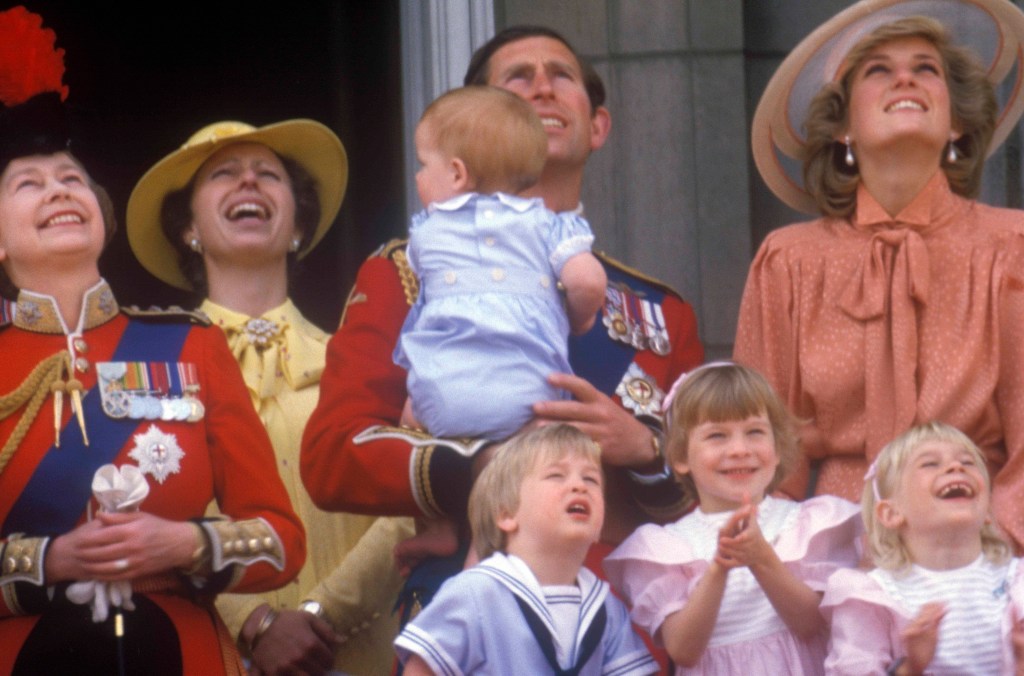 According to People Royals, William made his own Trooping the Colour debut in the outfit.

Louis rode in on a carriage along with his siblings Prince George, 8, and Princess Charlotte, 7, and mother Kate and step-grandmother Camilla Parker Bowles. The children waved to onlookers who were there to celebrate the Queen’s historic 70 years on the throne.

As they made their official balcony appearance, Louis stole the show with a series of hilarious faces which made mum Kate lean down and whisper something into his ear.

According to Page Six, the hilarious faces were a reaction to the loud airplanes flying overhead. 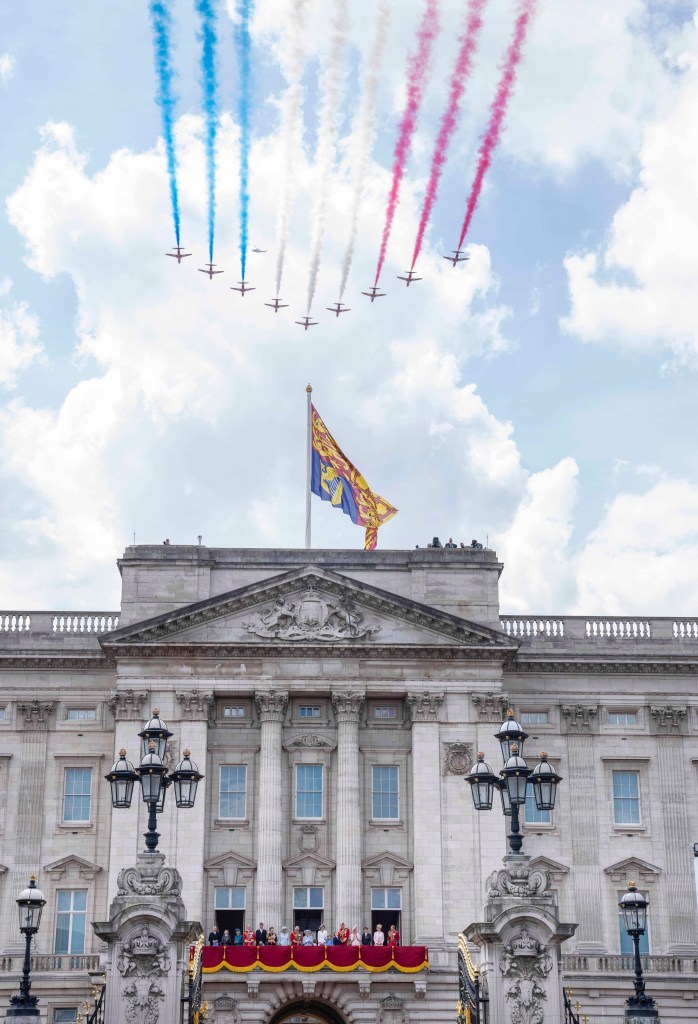 The young Prince was photographed with his eyes shut, hands over his ears, and mouth wide open while his great-grandmother calmly stood next to him for the celebration. 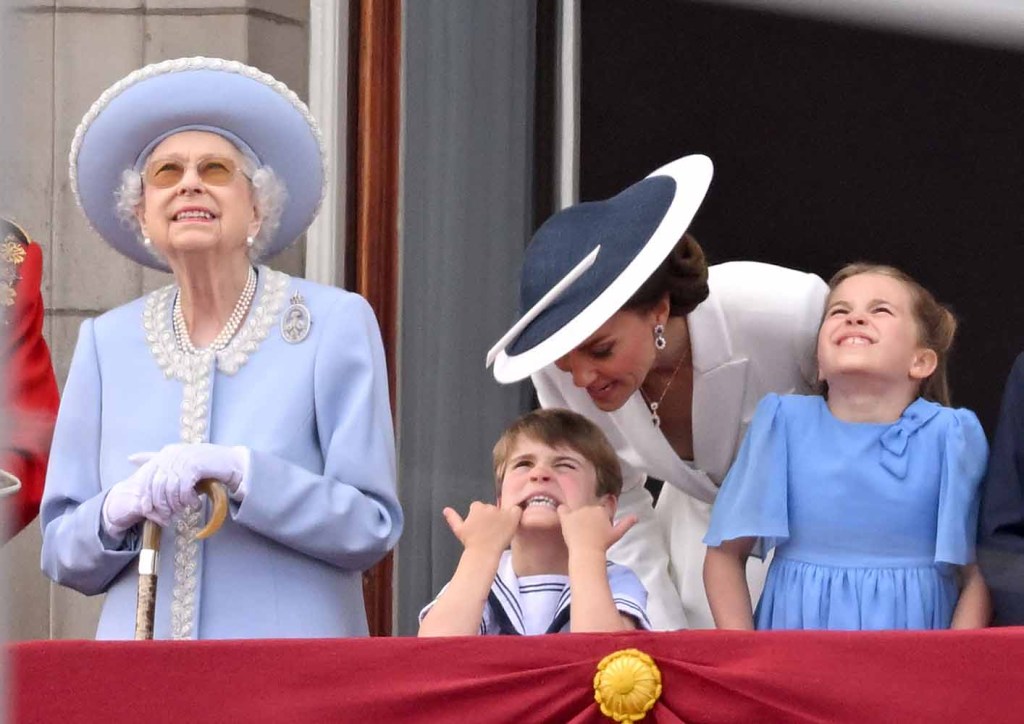 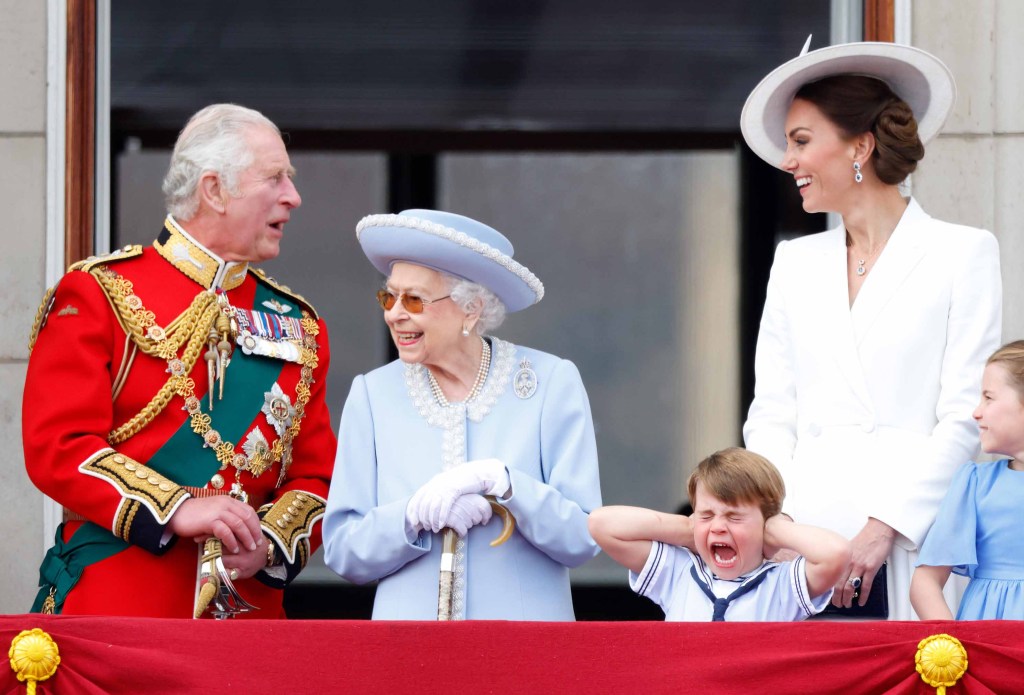 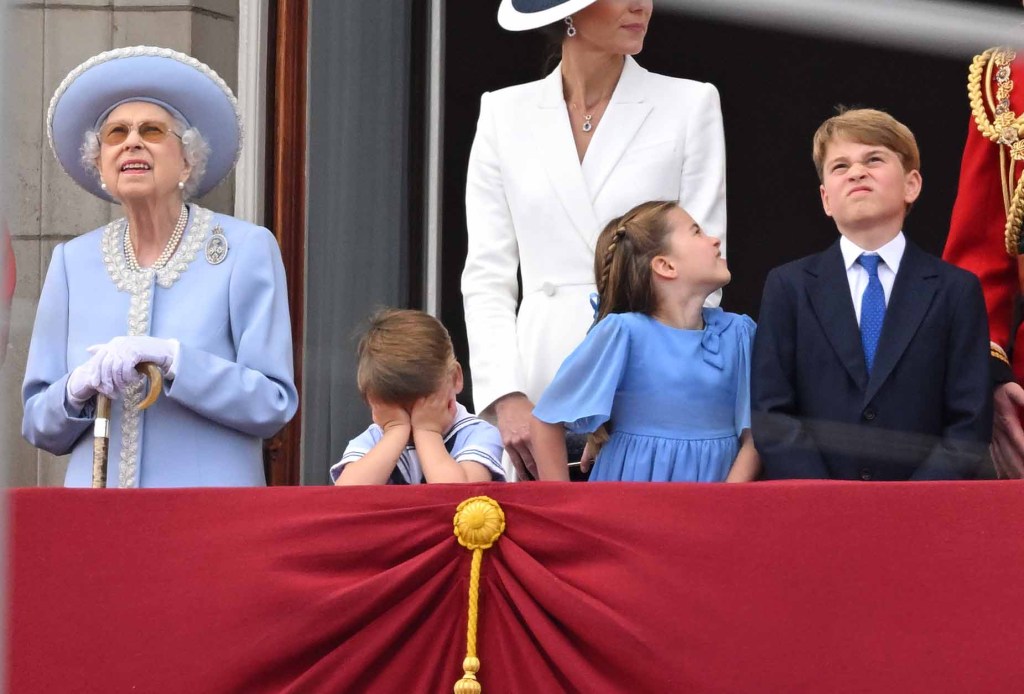 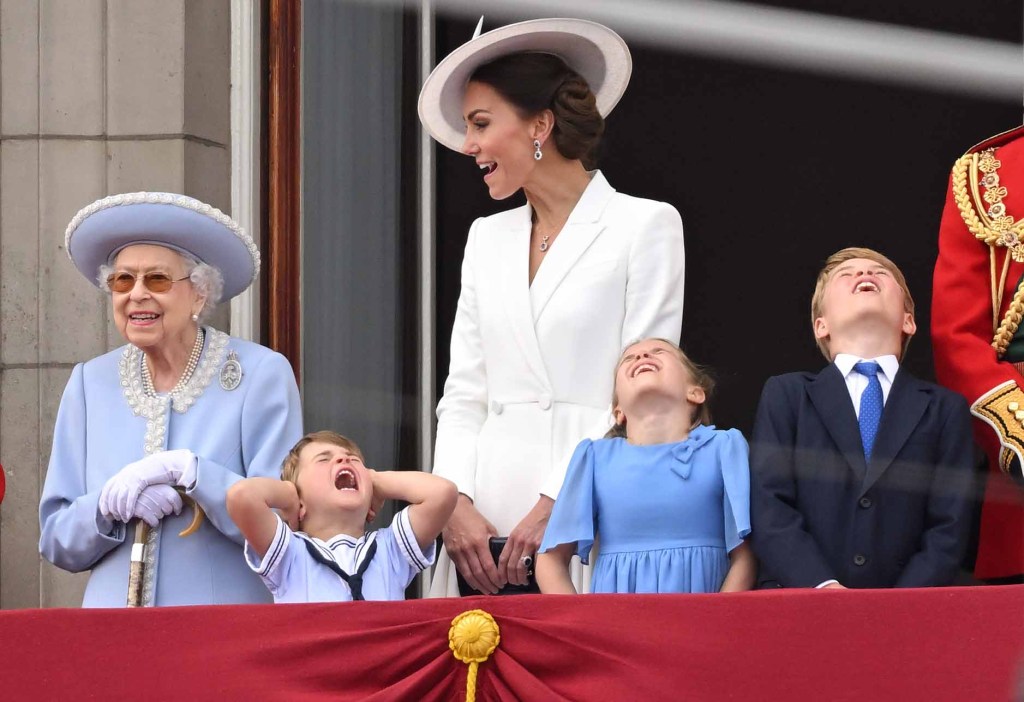 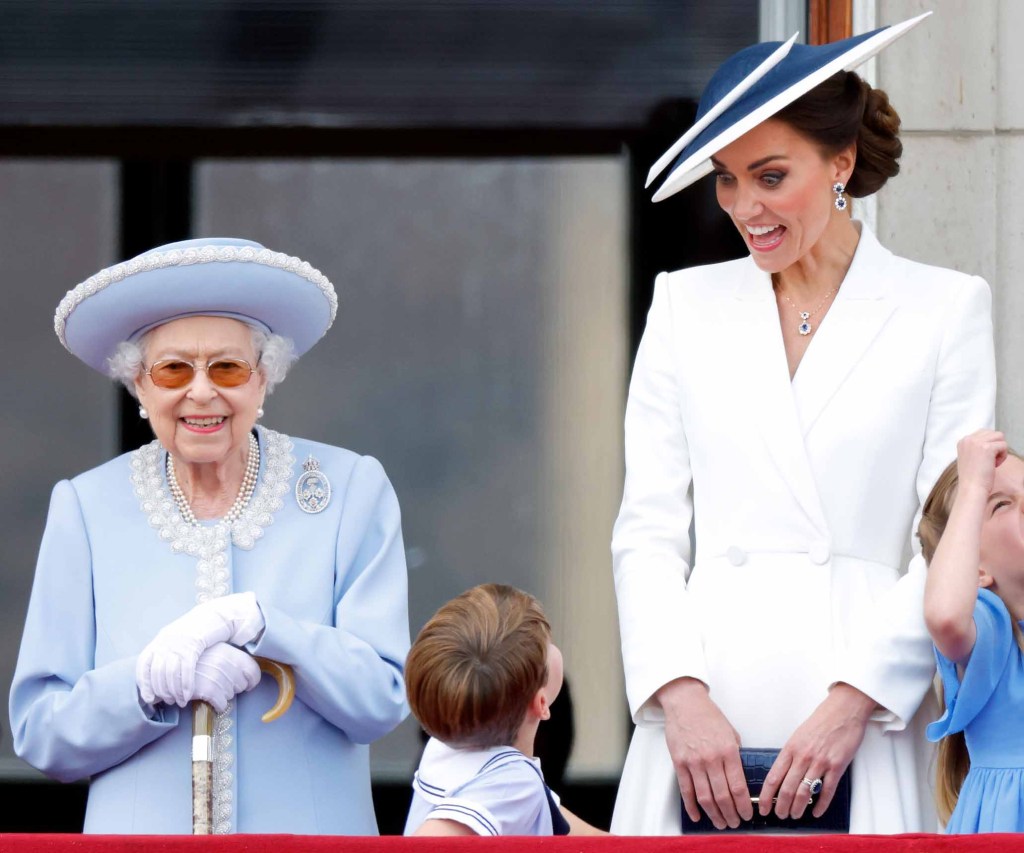 Prince Louis’ aunt and uncle Meghan Markle and Prince Harry were noticeably missing from the royal balcony. The couple arrived in the UK for the Jubilee festivities but only working members of the royal family were allowed on the balcony this year. According to Page Six, the couple watched from the Major General’s Office in Buckingham Palace.

Not a royal, but still, couldn’t resist this one in Trafalgar Square… 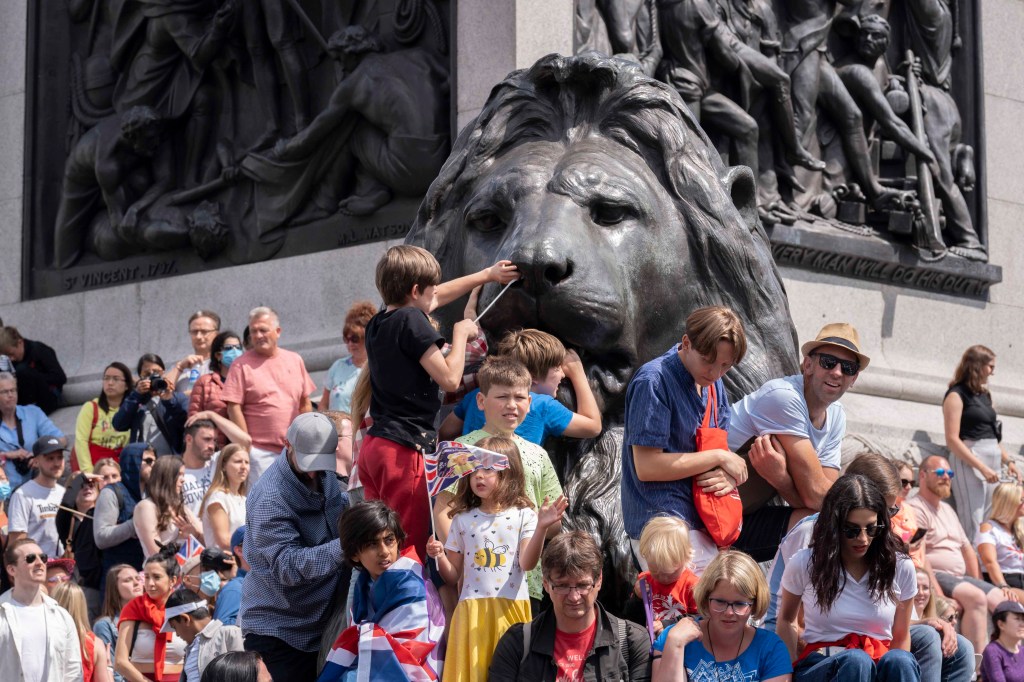