An Aussie TikTokker has shared her simple ‘Salada snack hack’ that we’re convinced is actual sorcery.

A couple of days ago, @bronte0012 asked her audience if they’ve ever gone to break a Salada into its smaller squares only to have it fail multiple times.

Salada of course is a salted cracker the size of a slice of bread, divided into quarters by baked-in perforations.

That is, until Bronte showed us how we’ve been doing it wrong.

Flip the crispbread over and press the middle of it and it will break perfectly in half. 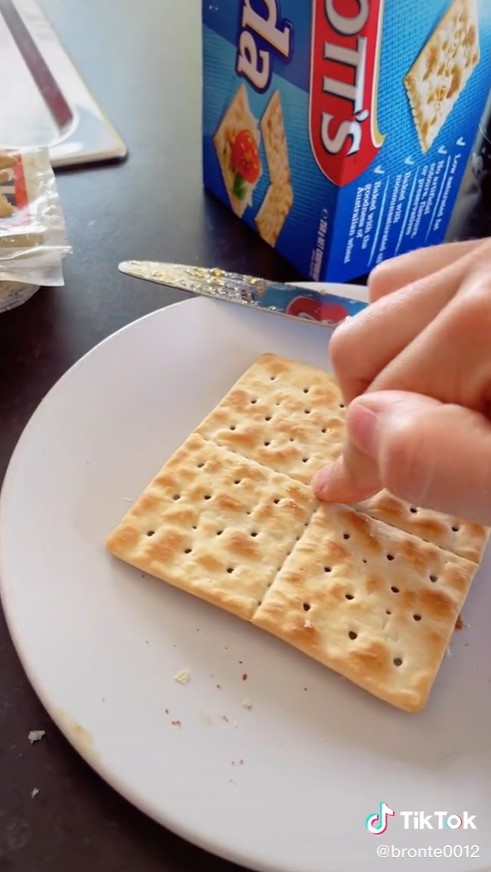 To break the two halves into quarters, you press the middle of the cracker. Again, it will perfectly break along the seam.

“Why have I just found this out now I’m 52 years old,” was one comment.

“Anyone else running to the pantry to try this????” was another, followed by, “My 41 years of life and this comes out wtf”

Supermarket Scraps The 'Use By' Date On Milk, Preferring Sniff Test