There’s been a bit of chatter online about misplaced RATs, especially those who live in groups of units.

This week, Lisa was pretty stoked to get a text from Australia Post saying her tests were being delivered that day and if she wasn’t home, they’d pop the package in a safe place.

“I was excited because who doesn’t like to get home to something on their doorstep to unwrap, even if you know what it is,” she remarked.

She continued to say she got the confirmation text saying they had been delivered.

Thing is, the package was either put in a VERY safe place… or their could’ve been a mix-up with the number of the property.

Like this person on a local Facebook group trying to find the house with this letterbox. It seems the postie dropped her RAT package there despite it not being her property. 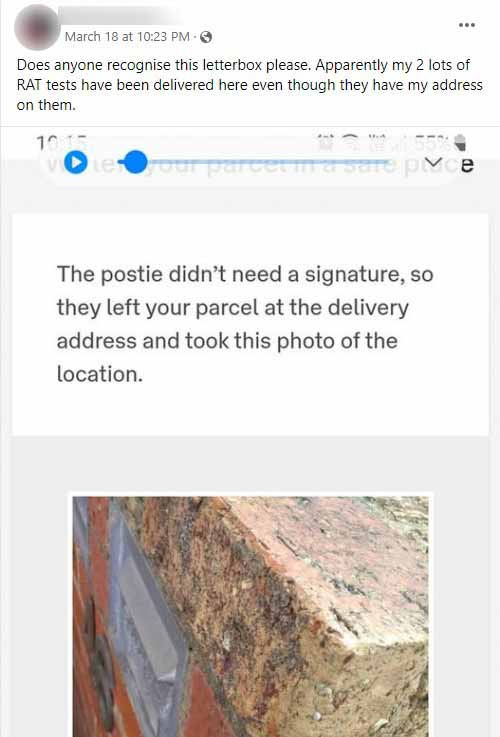 (Also, if you live in a group of apartments, the letterbox can be really far away from your actual place)

Lisa had a hunch that her package went to another property along her street which had some similar numbers and lettering to her joint, so she popped Ziggy on a lead and went for a walk to find out…

One small slip and you’re out!

'We Didn't Think Much Of It': Elliot Yeo On Rioli's Suspension