That was how our fave sports guy Ryan Daniels described his new position alongside Rick Ardon & Susannah Car on the Seven News desk every night, which kicked off on Monday.

We couldn’t help but get Rhino on the phone to ask how it all went behind-the-scenes last night.

‘I was actually nervous,’ he admitted, that despite presenting sport on weekends, it felt different being in the big chair.

‘I felt a bit of responsibility, sitting next to Rick,’ he said, adding that Sue had the night off, ‘it was really exciting, it means a lot to me.’ 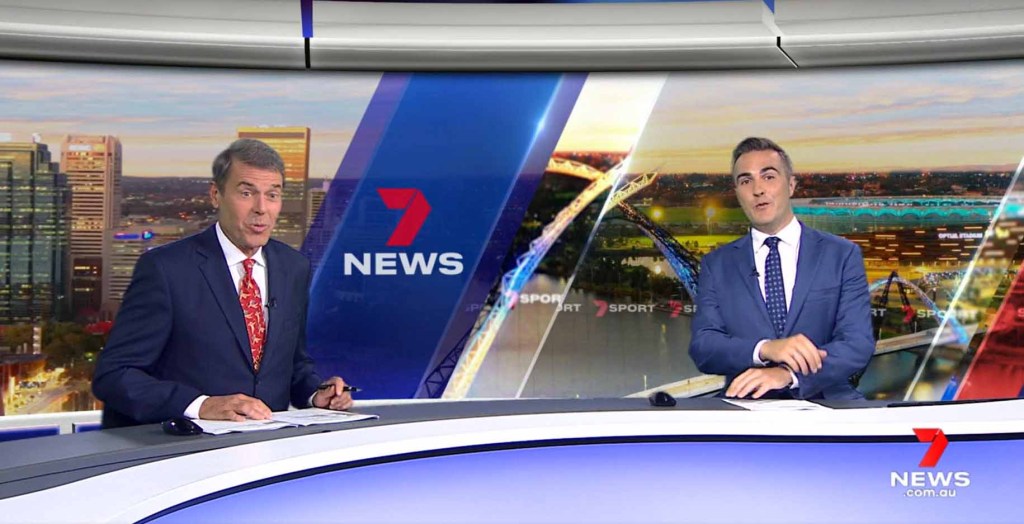 Let’s just say it was a totally different experience to his first time ever presenting sport, which was a “complete disaster” and a miracle he’s still with Seven, 15 years later.

Speaking of Rick, it seems Ryan got some ‘very strong’ advice from the big man… not about the news. About ties.