Australian cricket legend Rod Marsh is in the “fight of his life” after being put into an induced coma following the major heart attack he suffered on Thursday.

The former wicketkeeper, 74, was taken to hospital after his heart stopped while he was in Bundaberg to attend a charity event. 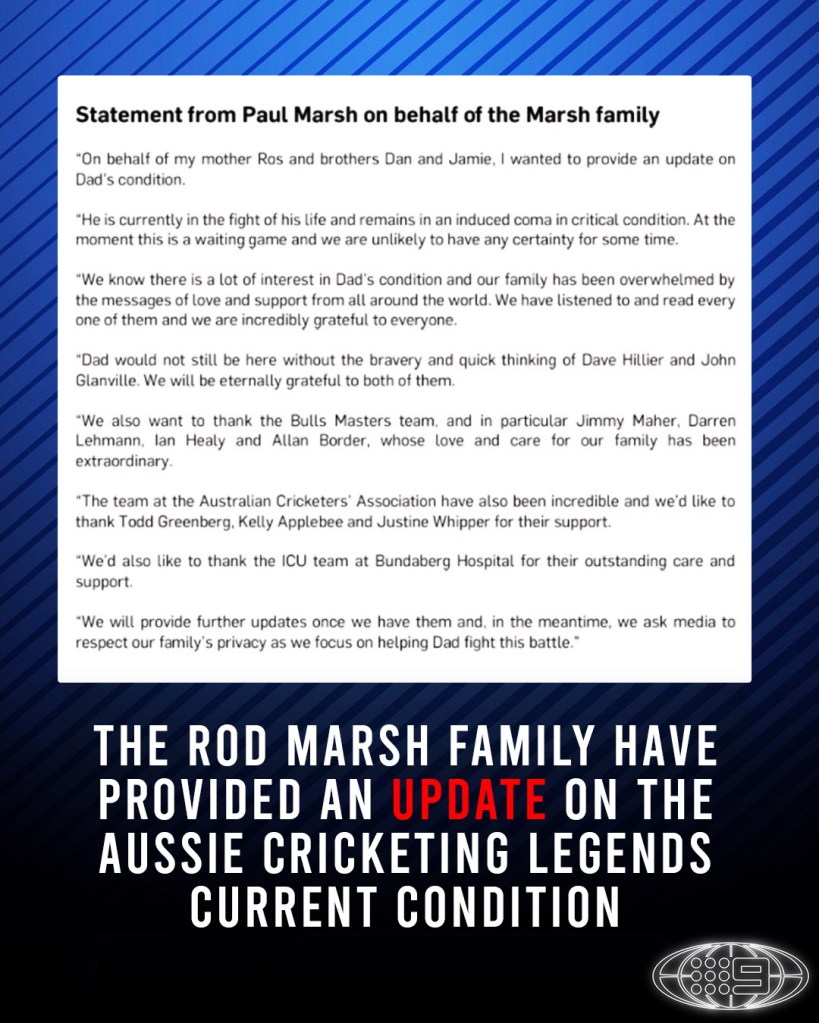 In a statement released on Sunday son Paul said his father’s condition was “critical”.

“He is currently in the fight of his life and remains in an induced coma in critical condition,” it read.

“At the moment this is a waiting game and we are unlikely to have any certainty for some time.

“We know there is a lot of interest in Dad’s condition and our family has been overwhelmed by the messages of love and support from all around the world.

“We have listened to and read every one of them and we are incredibly grateful to everyone.” 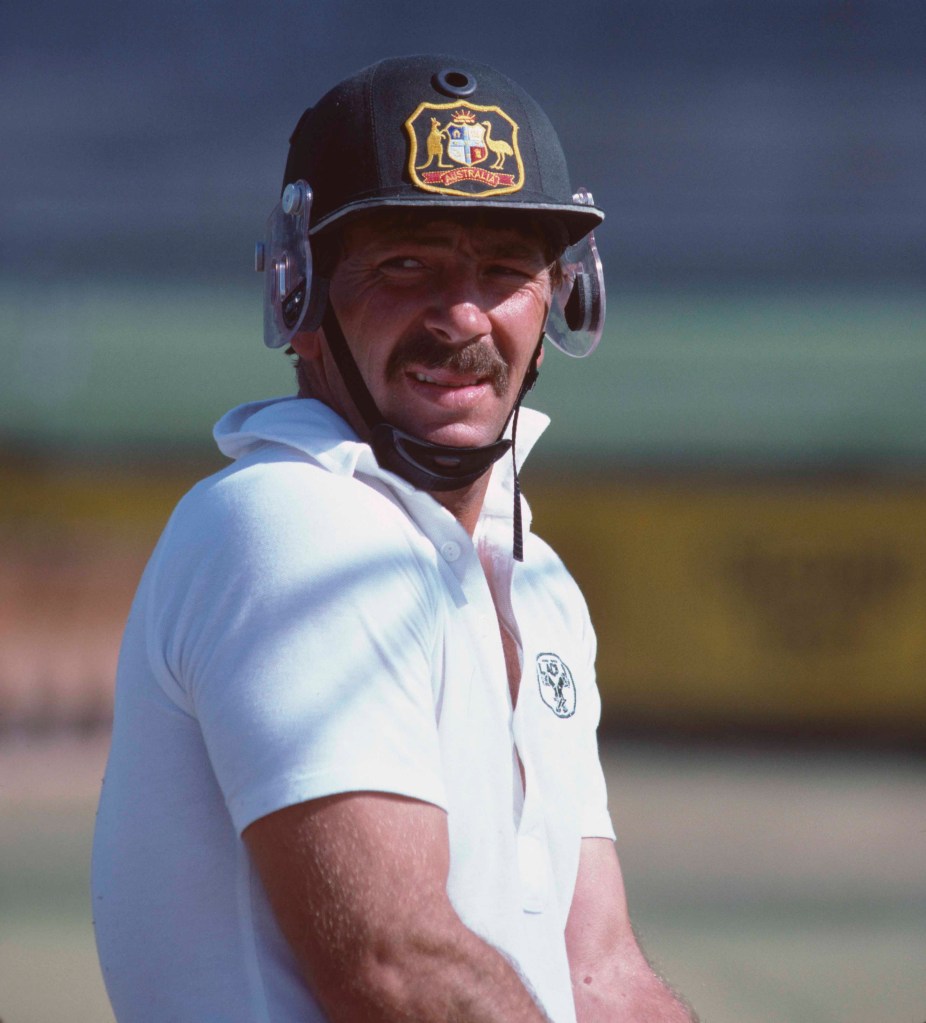 Rod Marsh during a match in The Ashes series in Australia, December 1982.

Australian Test captain Pat Cummins was told the news of Marsh’s condition when he addressed the media upon his team’s arrival in Pakistan for their six-week tour there.

“We just really feel for the Marsh family and the kids,” Cummins said.

“He’s a legend of our game and somebody who has done so much for our sport. We obviously wish him the best because it’s a really tough situation.”

Why Western Force's Kyle Godwin Got Into Rugby... And Not AFL