Willie Rioli provided two magical moments in the third quarter to help momentarily stem the Gold Coast onslaught on Sunday night which ended in a 27-point win over an undermanned West Coast at Optus Stadium.

The Eagles skipped out to a 23-point lead early in the second term of Sunday’s match, and the margin was just four points in favour of Gold Coast with five minutes remaining.

Rioli, playing his first AFL match since the 2019 elimination final win over Essendon, nailed a set shot from outside 50m to shift the momentum back West Coast’s way.

Willie Rioli boots one in his first game back 🦅#AFLEaglesSuns pic.twitter.com/DBxK6Btnpg

And after the Suns had retaken the lead, Rioli put his body on the line in a mid-air collision with Rowell to ensure the star Gold Coast midfielder didn’t mark the ball in attack.

The ball spilled free, Rioli ran forward to accept the ensuing kick, and the piece of play eventually led to a goal to former Fremantle Docker Hugh Dixon.

“Fair play, it was a good hit,” Matt Rowell said.

Rioli finished the match with 12 disposals, six clearances and a goal.

“He’s been through a lot. A few people wrote him off and said he shouldn’t come back,” Eagles coach Adam Simpson said.

“He would have dealt with a lot in the build-up to today.

“So just to get a game under his belt, he performed well, the players love him, his sense of belonging is very strong. It feels like he’s home, so that’s all positive.” 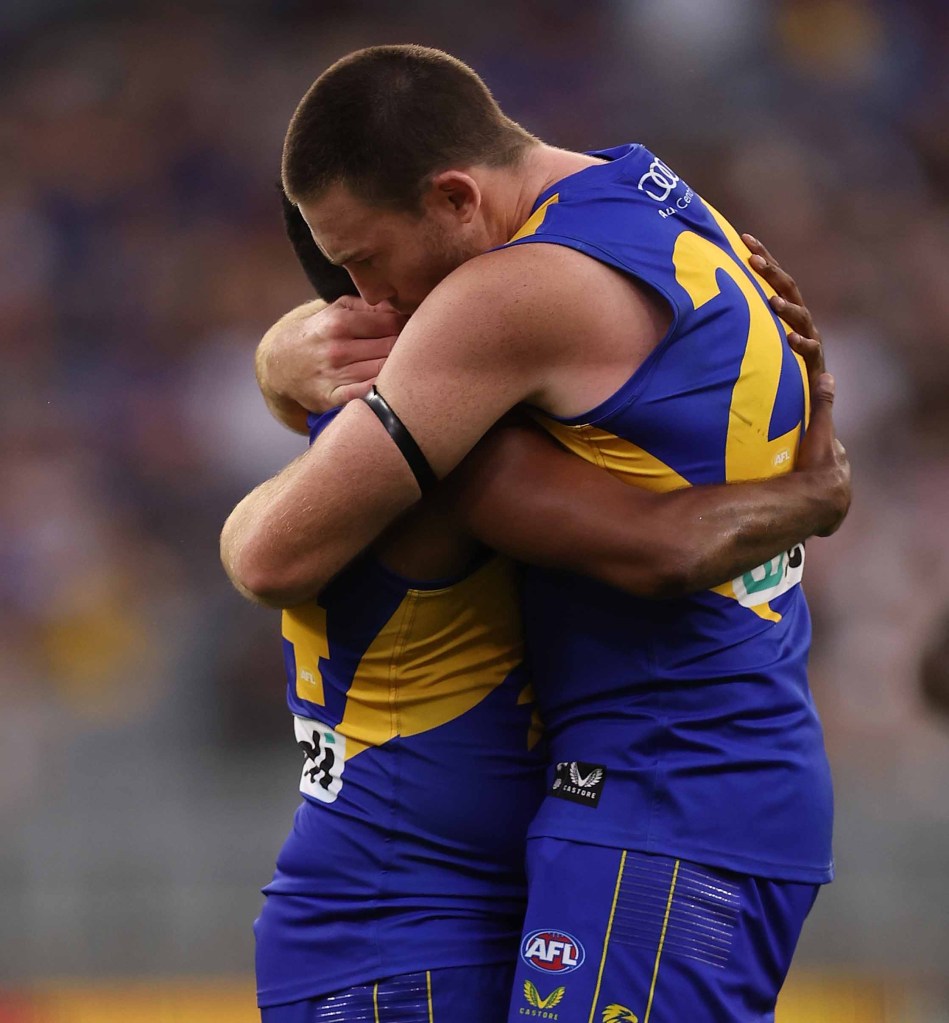 Rowell starred for Gold Coast with 33 disposals and 10 clearance, while Rankine nailed four goals from 23 disposals.

Suns forward Nick Holman was in tears as he walked off the field, with coach Stuart Dew explaining the hardship after the match.

“We wore black armbands for Nick’s mum who passed away not long after Christmas,” Dew said.

“It was an emotional day for Nick and the boys. He’s a much-loved member of the team. He played well, and he should be very proud.”