Andrew Redmayne has etched his name into Australian sporting history as the Socceroos qualified for this year’s World Cup with a penalty shootout win over Peru in Qatar.

Brought into the game moments before fulltime in place of captain Maty Ryan, Redmayne saved Peru’s sixth penalty as Australia won the shootout 5-4 to qualify for November’s tournament.

Goalkeeper Andrew Redmayne… Came off the bench for Australia in the final minute of extra time just for penalty shoot-out… He did this dance on the line every time… And for the critical penalty kick it worked! pic.twitter.com/hUb2g9Mevd

It’s the fifth time in a row Australia will be at the World Cup finals.

“Just so proud of the players. Really, no one knows what these boys have been through to get to here,” Socceroos coach Arnold told Network Ten.

“It was so hard, you know the whole campaign and the way they stuck at it, the way they’ve committed themselves to it, incredible.” 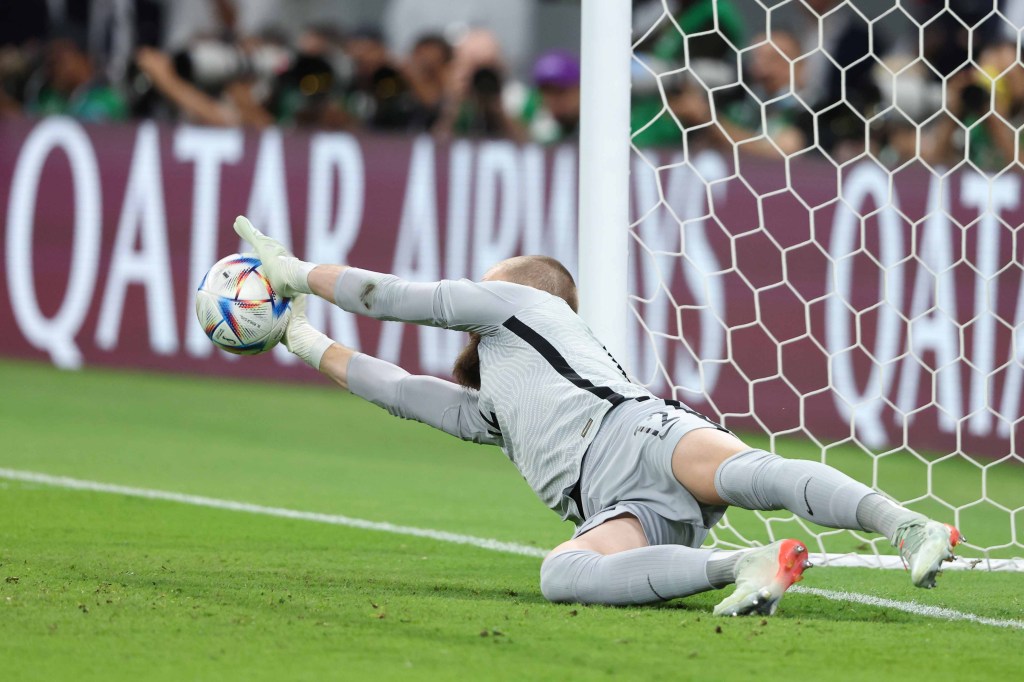 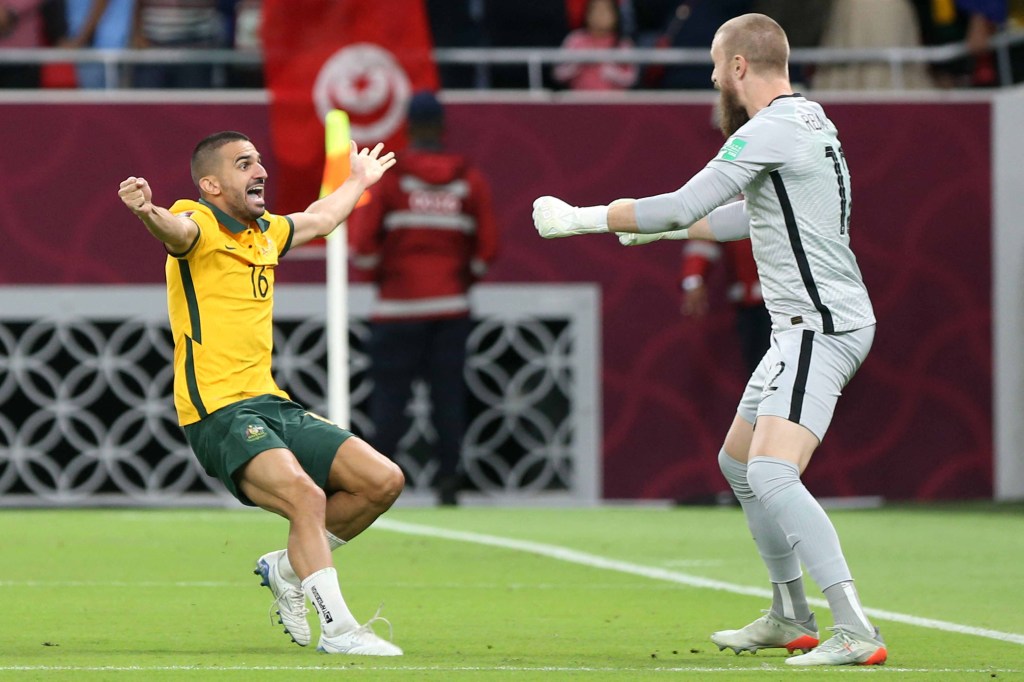 The victory is also a triumph for Arnold, who will now lead the country to a World Cup finals after fighting to save his job when he missed out on automatic qualification in March.

His decision to bring on Redmayne in place of Ryan just before fulltime will go down as a master-stroke with the Sydney FC goalkeeper joining Mark Schwarzer and John Aloisi as a World Cup penalty shootout hero.

“And to try and get into the mind … to add that little bit of uncertainty in their brains. That’s the reason why.”

The dramatic finish came after a goalless 120 minutes, with Peru going closest to breaking the deadlock when substitute Edison Flores hit the post with a header in the second period of extra-time.

Earlier, Australia made the early running in a stadium dominated by Peruvian fans, with Mitch Duke flashing a couple of early efforts past the goal while Scottish-born winger Boyle was dangerous out on the right.

The first shot on target for either team came via Hrustic in the 81st minute but his long-range free kick was easily claimed by Peru captain Pedro Gallese.

Four minutes later, Aziz Behich just failed to bend a skidding effort on target after the left-back picked up a loose ball and beat two Peruvians before having a shot from outside the box.

Hrustic nearly stole the win for Australia in the 88th minute when he was found by substitute Mabil’s cutback but Gallese just managed to keep the midfielder’s shot from squirming in.

Flores had Peru’s first shot on target in the game in the first period of extra-time before his header hit the post.

Arnold then turned to Redmayne moments before the final whistle, in a decision which will now go down in Australian sporting folklore.

“The doubters don’t bother me. It’s these boys that I care for …” Arnold added.

“I called out Anthony Albanese the other day, to give everyone, give the fans a day off to celebrate this because I believe this is one of the greatest achievements ever, to qualify for this World Cup the way we’ve had to go through things.

“Twenty World Cup qualifiers and we’ve played 16 away from home. It’s been tough but we did it.”

'Everybody Knows This Rule': Freo Forward To Miss Hawks Clash Over Recent Night Out

'Innocent Until Proven Guilty': Elliot Yeo Chats To Us About THAT Striking Incident

'This Hasn’t Happened In More Than 80 Years’: The WAFL Stat Nat Fyfe's About To Rack Up