West Coast AFL great Peter Matera continues to recover in a hospital after suffering a heart attack on Sunday.

The West reported that the 53-year-old was chopping wood at his rural property in Echuca, about 220km north of Melbourne, when he collapsed.

He has since had two stents inserted. 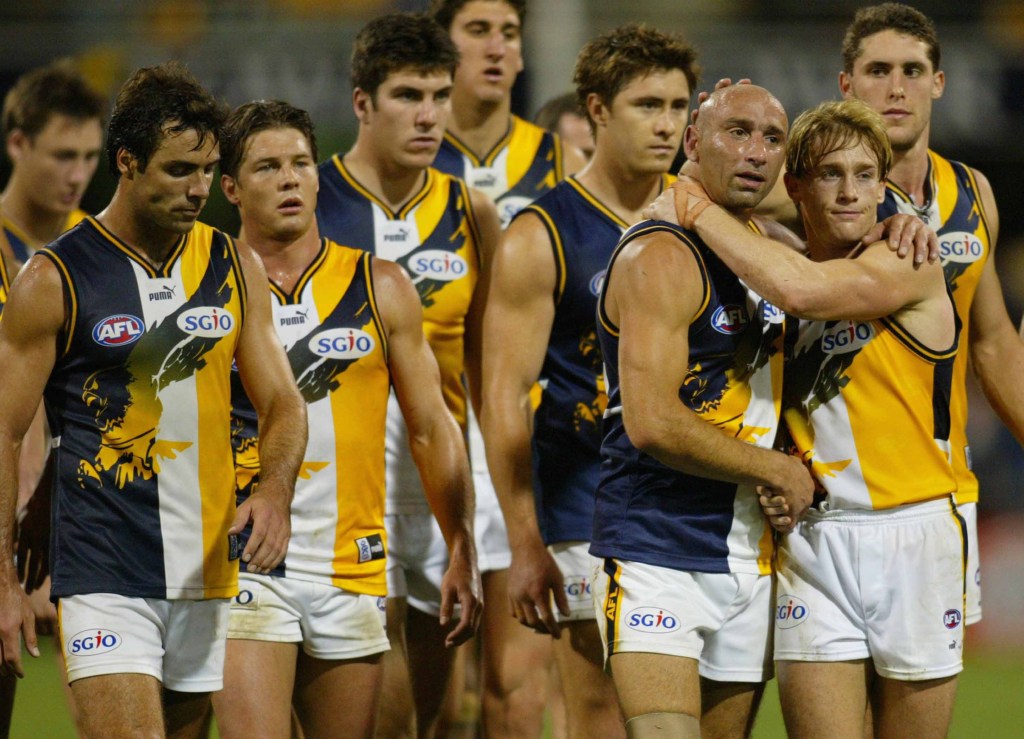 Peter Matera leads team mates from the field after his 250th match in 2002.

Matera’s brother and former Eagles teammate Phil travelled to Victoria to visit and relayed to local media on Tuesday morning that he is “up and about and feeling much better today” and is keen to have a shower and get out of the ICU.

“Fortunately his partner Suzy was close by; if he was by himself, he wouldn’t have made it,” Seven’s Adrian Barich said on Monday.

“He was in a lot of pain and told he may not have survived a flight to Melbourne.” 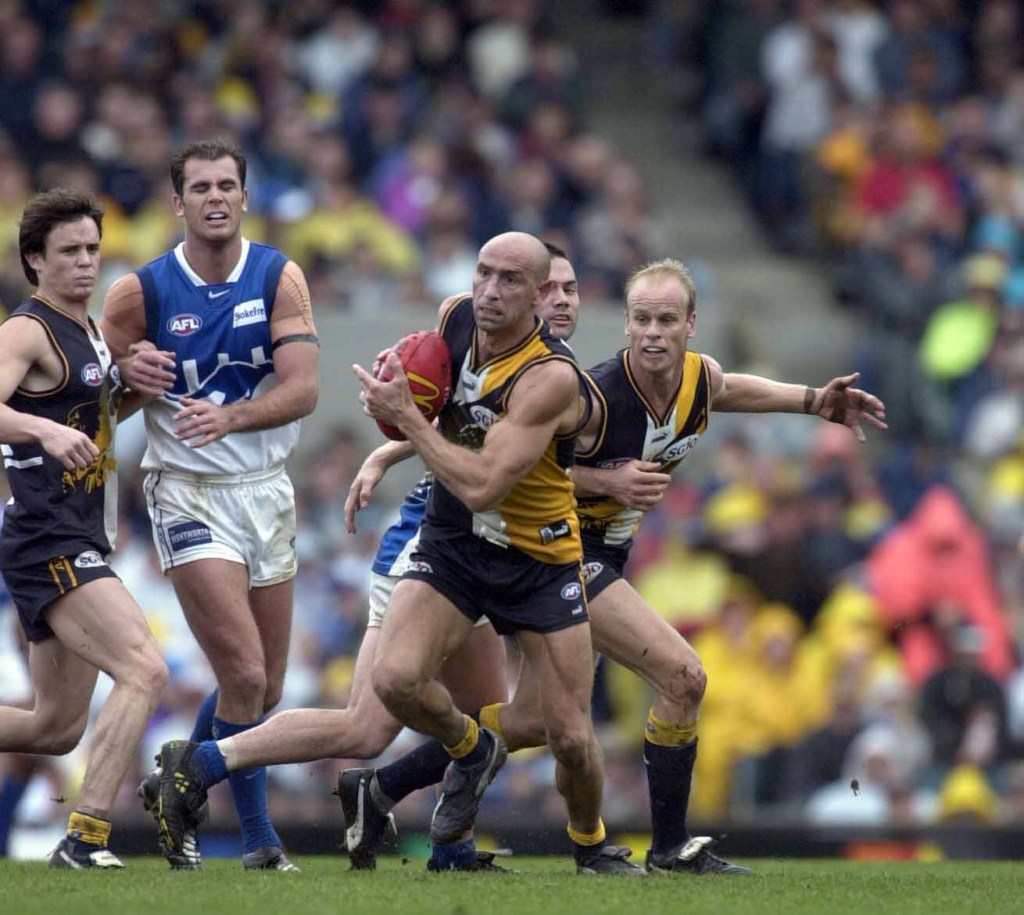 Peter Matera breaks from the pack against the Kangaroos in 2000.

“The West Coast Eagles confirm that dual premiership player Peter Matera, who now resides in rural Victoria, suffered a heart attack on the weekend,” West Coast said in a statement on Monday.

“Peter, a dual Eagles premiership player and Norm Smith medallist in the 1992 triumph, is currently in hospital where he is receiving the best of care.

“The club is saddened by this news and wishes Peter a speedy and full recovery. Our thoughts are with Peter, Suzy and his family, who have requested for their privacy to be respected at this time.” 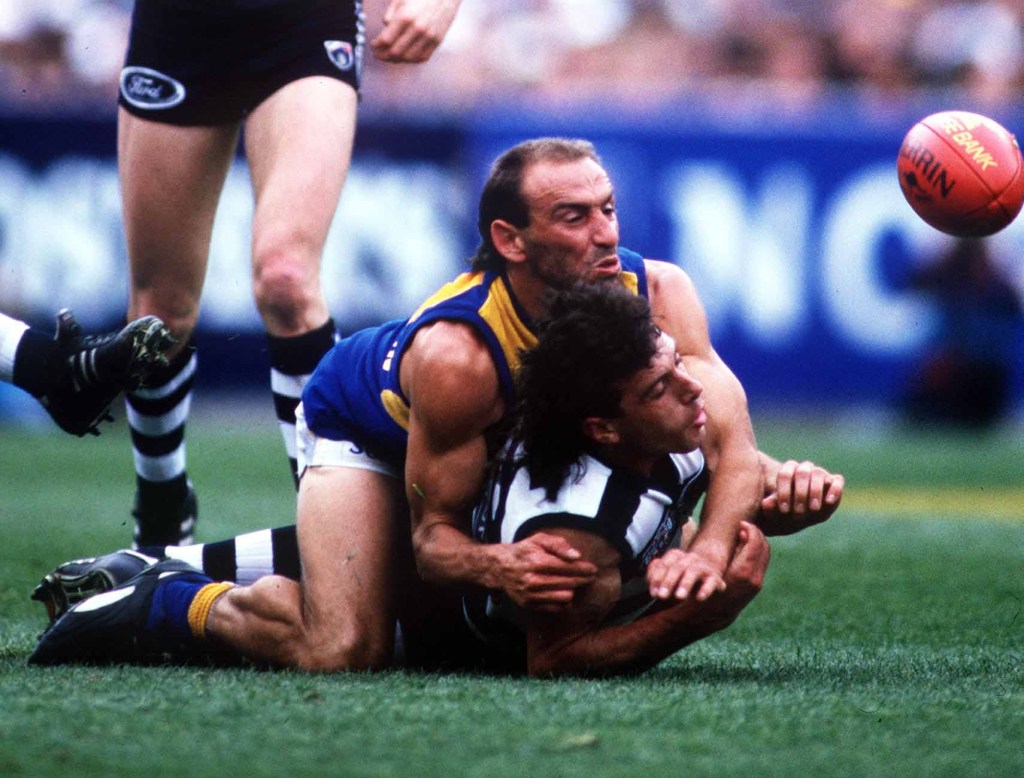 Former Test stars Shane Warne and Rod Marsh died in March, while ex-WA cricketer Ryan Campbell is lucky to be alive after suffering a cardiac arrest in April.

Matera is one of West Coast’s all-time greatest players, having won two premierships and five All-Australian jumpers during his glittering 253-game AFL career.

He also won the 1992 Norm Smith medal for his breathtaking five-goal display in the club’s 28-point grand final win over Geelong.

Matera’s long-range goals in that decider were the stuff of folklore, with his performance ensuring West Coast became the first non-Victorian club to win an AFL flag.

“We would always say it’s us against them,” Matera reflected in 2012 during the club’s 20-year anniversary of that 1992 premiership triumph.

“We had that desire after losing the year before (to Hawthorn).

“There was no way we were going to lose that grand final with all of us getting behind each other.

“We were like brothers in a way, because for those first three, four years, it was us against them.

“The group we had for those reunions was just awesome, because the bond is so strong.”

Matera spoke about his love of taking on opponents and kicking long-range goals..

“At the MCG, I know Suma [Peter Sumich] was going to be angry when I didn’t kick it to him and I [just went] for goal,” Matera said.

“But on that big occasion, I just loved hearing the crowd and your name being screamed out.

“So if I was in range, I loved bouncing the ball for 20m and going for it from about 50m.”