The gang at Main Roads copped an eyeful this morning while monitoring a crash along the Mitchell Freeway on Monday morning.

What appeared to be a giant spider appeared on-screen from one of their cameras in Greenwood. 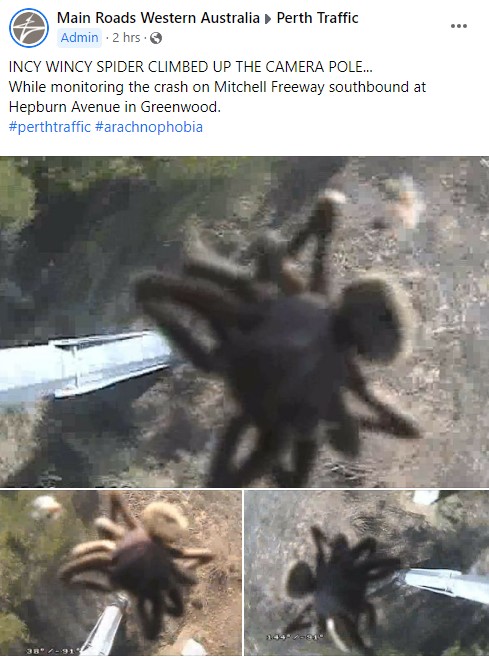 We’re going with ‘giant’ because we have no idea by how much it was magnified by and from this angle it looks like it was the size of a Barina.

A lot of comments remarked that it looked dead as the little fella’s hairy legs appeared to be curled up.

Meanwhile, the crash was cleared around 10.30am.

AMA WA Boss: 'Patients Aren’t The Cause Of Ambulance Ramping'

What Was The BEST Gig You've Ever Been To In Australia?