With absolutely no mucking around with support bands, The Angels will jump straight in with ‘Dark Room’ played live in its entirety from start to finish, then after that, it’ll be nothing but, as John Brewster told Clairsy & Lisa on Monday, “the usual suspects.”

This means the first part of the show kicks off with the classic ‘No Secrets’ and wraps with ‘Devil’s Gate’ where John plays the harmonica.

“I can tell you I need a break after that,” he chuckled. 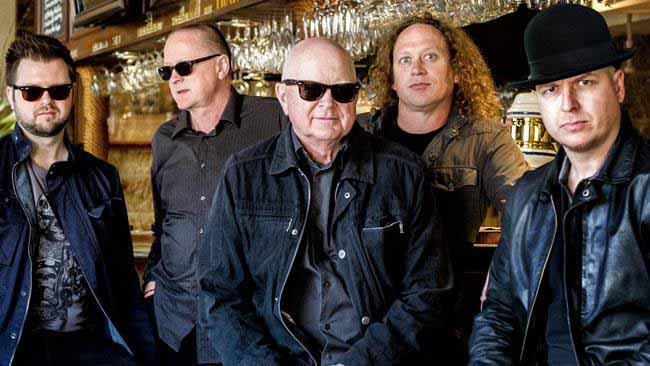 John, along with his brother Rick Brewster and Doc Neeson, got together as the Moonshine Jug & String Band in 1970, then as The Keystone Angels in 1973. An appearance at the 1975 Sunbury Festival, resulted in touring with AC/DC… and a shortening of their name to The Angels.

Around that same time, John recalled the time The Angels were called in to be the backing band to none other than Chuck Berry.

There was apparently some concert footage floating around with Chuck getting grumpy at Keith Richards, but John remembers it differently, that the pair actually got more physical…

The Angels play The Charles Hotel this Saturday, June 25. Tickets at Ticketmaster.

'They Make The Bad Boys Wait': Why Ben Cousins Isn't In The AFL Hall Of Fame

Has Vance Joy's partner ever written him an album?